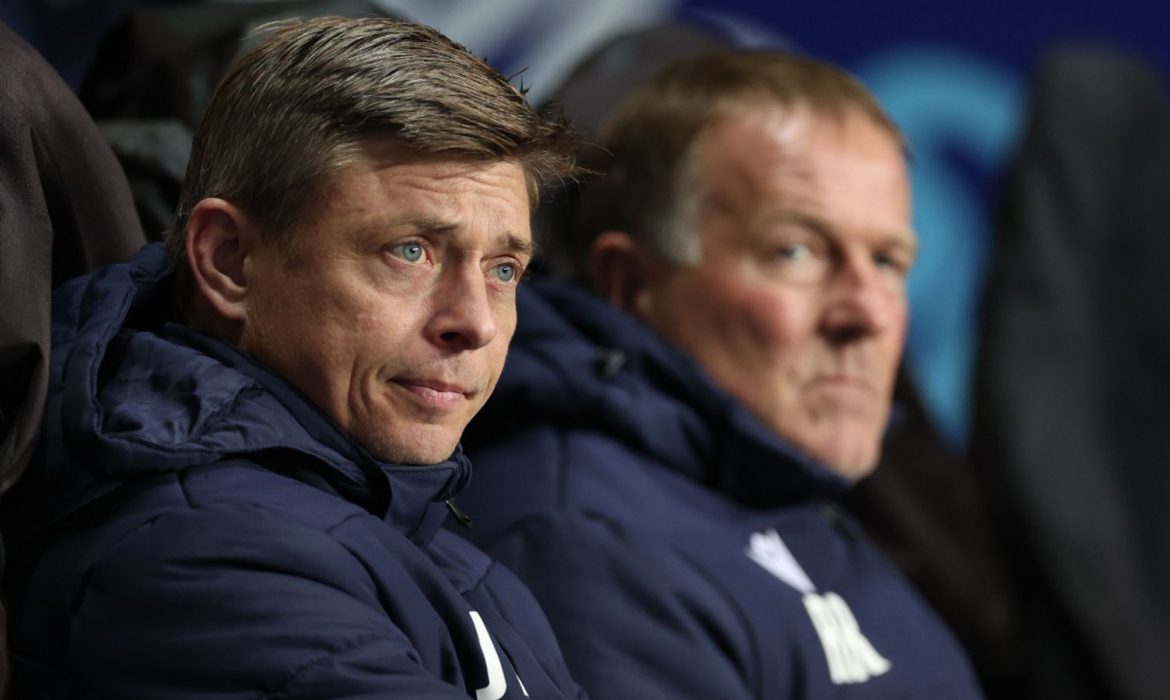 Rovers’ eighth successive poor Tuesday night away display saw them fall to a 1-0 defeat away at Coventry City, courtesy of a sub-standard performance. Following the game, Blues Head Coach, Jon Dahl Tomasson discussed his side’s defeat following the loss of a four-match unbeaten run that was ended by the Sky Blues.

“Tonight, was a disappointing night. I thought we gave the game away in the first-half. We were not good in possession, we were loose and lost too many unnecessary balls. Defensively, we were not aggressive enough and our shape was not good enough, which led to us creating chances for Coventry City. Saying that, we did have a great opportunity to go ahead in the first-half, when Callum (Brittain) missed; if we scored that, it could have been a different game, but overall, I think Coventry deserved to win the game.

“The players were disappointed with their first-half performance, at the break, but the second-half was much better, without being brilliant. We lacked the final pass and quality in the final third. We’ve played a lot of games over a short period of time and put in some very good performances, but tonight was not that good, which highlights the normality of the inconsistency that comes with a project ‘under construction’. Whilst we do have a young side, we are still left disappointed after a poor performance when there was more to take from the game.

“The first-half was out of character for us. I was disappointed, the players were extremely disappointed in the way we lost the balls and didn’t use the space, because there was so much space to exploit. Coventry were not brilliant or aggressive defensively, but we made poor choices and our final ball in the final third of the game, was bad. Tonight, was nothing to do with tactics and formations, we were not aggressive defensively in the first-half and that led to a bad day at the office.

“Callum’s chance was well-worked. It was a great diagonal run cutting in from the left and a fine pass in-behind, but he couldn’t get it past the goalkeeper and hit the side-netting. We lacked a bit of individuality in the final third. Coventry were defending deep, which made it difficult to play through. We needed to play forwards, towards the box and with tempo, instead of playing it slowly backwards and sideways, because you don’t create anything and make life easy for the opponent. I thought we were more or less, in control in the second-half, regarding chances and opportunities. I brought some attacking players towards the end, in Tyrhys (Dolan) and Bradley (Dack), but we ended up getting a red card and that left us with nothing more to do.

“I couldn’t see the tackle clearly. The distance between the touchline and the other side of the pitch is quite far and I haven’t seen it back. When you’re looking to change a game and get back into it, playing with a man down is never ideal. We’re disappointed, but I need to see the tackle again before offering a view or opinion on the decision. Jake (Garrett) was quite disappointed, but he’s a young lad who’s learning on the road.

“We need to learn from games like tonight. We’ve played some brilliant football in recent weeks, then seeing our level drop as much as it did in the first-half, tonight, shows our inconsistency. We’re ‘under construction’ and we’re working hard, everyday to improve and get better. Tonight, was just one bump in many, along the road. Tomorrow, we need to turn our attentions to Saturday’s home game against Huddersfield Town and put tonight behind us.

“Sam (Gallagher) was not ready for tonight. He’s been playing some great football these last few weeks, scoring goals, creating chances and working extremely hard, both offensively and defensively for the team. We’re disappointed to lose him, so hopefully we can have him back before the World Cup. I’m not too sure, at this moment, whether he will be available for Saturday, but the medical department, are working hard, as is Sam, to get him back fit, because he’s done a good job for us in recent weeks.”