Five players that Rovers should consider bidding for in January 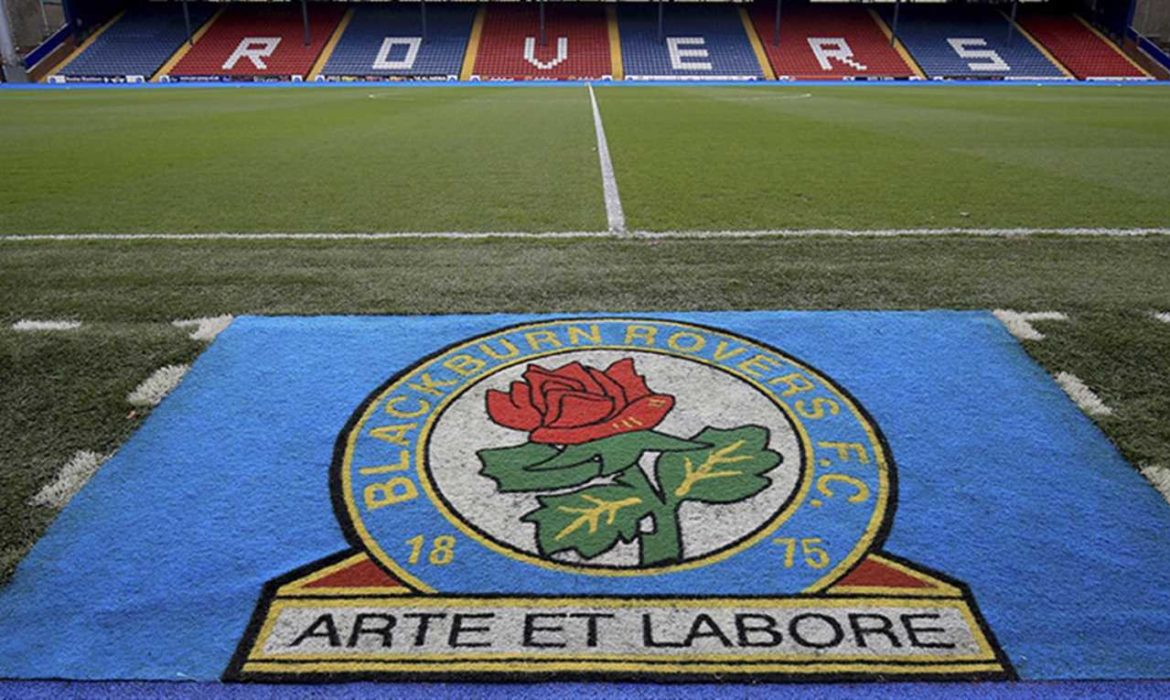 With the January transfer window opening as the New Year ticks over, Tony Mowbray will no doubt have his eyes on potential reinforcements that could aid the current squad in their fight for promotion to the Championship.

With Rovers getting through their festive fixture pile-up relatively unscathed in-terms of injuries, Tony Mowbray announced that he had made offers for two players who were out of contract come the summer, which ignited the rumour mill in the town. With the manager himself highlighting that he’s in need of more creativity in his midfield to support the likes of Bradley Dack whilst Harry Chapman is out injured, this article will be looking at who some potential reinforcements may be.

The first two players, currently find themselves on Rovers’ books already, but on loan deals. Harry Chapman and Paul Downing, who are currently at Ewood Park for the season, will both see their contracts with their respective parent clubs expire come May, and Rovers will no doubt be looking to take advantage of that by keeping hold of them permanently. 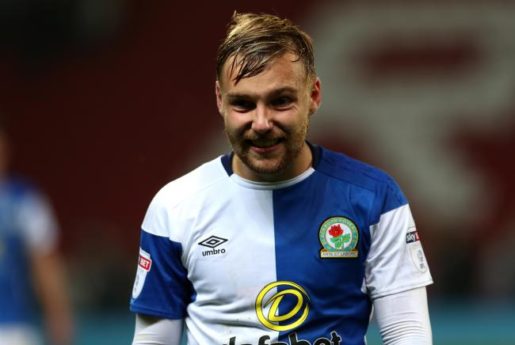 Harry Chapman is someone who the players and fans alike, have taken to. Since arriving on his season-long loan from Middlesbrough, the winger has taken part in 16 games, notching up a goal and three assists in the process, before being taken off injured in the 0-0 draw with Wigan Athletic, which saw the winger sidelined for at least 3 months with a hamstring injury. Despite his average goal return, Chapman’s impact comes less in his statistics, and more with his play in each game due to the fact that he has the raw pace that Rovers’ side lacks, which can stretch teams late on in games.

Although Chapman isn’t scheduled back from his injury until February at the very latest, a deal could be struck in January which would put the players’ mind at ease, knowing that his long-term future is settled, allowing him to fully focus on his recovery and his game-time once he returns to the side. One potential snag which could occur with Chapman’s deal is that Rovers would need to pay compensation to Middlesbrough as a result of Chapman being under the age of 24, which rules out a ‘free’ move for the player. Regardless, if Rovers were able to overcome the fee, Chapman would fit Mowbray’s quota of ‘bringing in more creativity’ due to the chances that the 20-year old has created during his early season run, in the side. 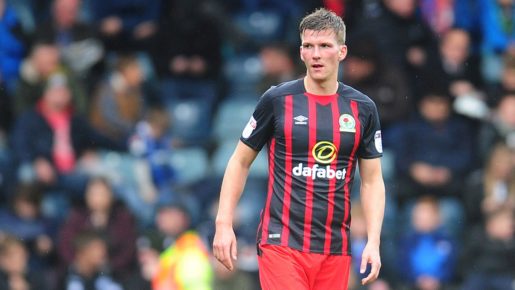 The second target, Paul Downing, is a player that has taken to the Rovers side like a duck to water, as since his loan move from MK Dons was finalised on the last day of the summer window, the defender has significantly improved Rovers’ defensive record whilst being alongside Rovers’ captain, Charlie Mulgrew. The defender’s impact on the side was evident, as Downing was instrumental in helping Rovers achieve 5 clean sheets during his first 6 games at centre-back.

Like Chapman, with Downing’s contract at his parent club coming to an end in May, Rovers would be wise to capitalise on the situation in order to secure the players’ future. Some may argue that with Darragh Lenihan’s return not being far off, and with Scott Wharton lurking, a defensive signing may not be what Rovers need, however with the unforeseen circumstances of injuries which may occur and, not to mention, the potential promotion to the Championship, a free signing of Downing’s calibre would certainly not harm Rovers’ squad.

A third player that has reportedly been high on Rovers’ radar is Amari’i Bell, from fellow League One side, Fleetwood Town. The left-back, who can also be deployed as a winger is another whose contract is set to expire at the end of the season and Fleetwood have resigned to lose, after Uwe Rösler confirmed that he was willing to let the 23-year old full-back go, whether that be in January for a fee, or in the summer for nothing.

The Englishman’s stats for Fleetwood, since his move there in 2015 show that he is capable of picking out an assist, as well as a goal from either the left-back spot, or the left-midfield spot. In 133 games for the Cod Army, Bell has scored 7 times, whilst picking up 12 assists in the process.

Despite his numbers not being as prolific as many would have hoped, Bell’s end product would most likely improve in the Rovers side as a result of playing with better players, who can find that extra yard of space and also find the finish which would make both Bell and Rovers’ stats better on the face of it.

With Rovers currently lacking in the wide-midfield department, if the strong rumours are to be true regarding Mowbray’s interest in Bell, then the 23-year old could be deployed more as a left-midfielder, rather than his more natural left-back role – similar to how Rovers are currently using Sam Hart. In addition to this, with Craig Conway entering the autumn of his career and being hassled with injuries, Bell could potentially been seen as a long-term replacement for the left-midfield role, until Rovers have the ability to spend copious amounts of money. 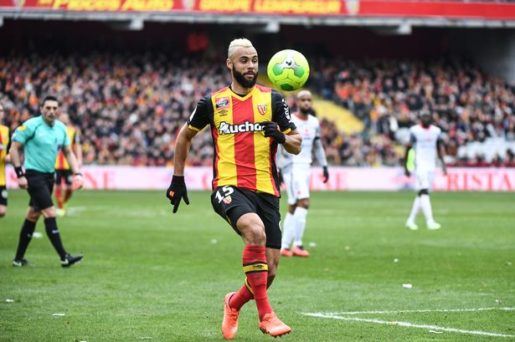 A fourth target that Tony Mowbray may be interested in renewing his interest in, is former Tottenham Hotspur midfielder, John Bostock, who currently plies his trade in the French second tier for RC Lens.

The midfielder, who has experience in the Championship and League One, having played in the divisions for Hull City, Crystal Palace, Sheffield Wednesday and Swindon Town respectively, could add the extra element of creativity that Tony Mowbray has been calling out for.

Although Rovers already have the likes of Peter Whittingham, Corry Evans and Richie Smallwood on their books as registered central midfielders and not to mention the likes of Willem Tomlinson and Lewis Hardcastle to come from the youth sides, with the announcement that Rekeem Harper had been recalled by West Brom on Tuesday, Bostock’s signing could act as a permanent replacement for Harper, as the manager would be aware that his midfield wouldn’t be able to cope with playing all of the remaining league games of the season.

In terms of Bostock’s career stats, he has been relatively good at creating opportunities at goal as in 189 career appearances, he has scored 31 goals and created 19, which for a player who has predominantly been a journeyman, in that he’s struggled to find a consistent home, those stats are not bad for a player who, if joins, would be moving into a side which – bar Bradley Dack’s heroics – lacks some creativity in the middle.

Much like the three names mentioned prior to Bostock, the Lens playmaker’s contract will run out in the summer, so it will be interesting to see whether Mowbray revives the interest that he reportedly had in the summer just gone, of the 25-year old. 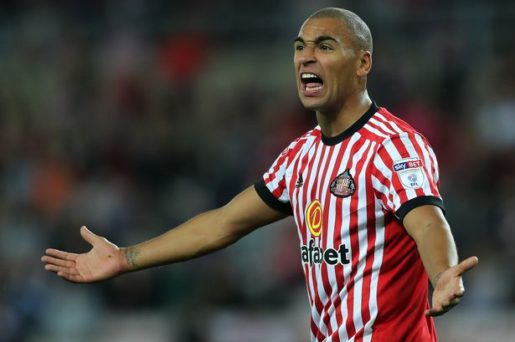 A final target that Rovers could potentially look at is a player who has been linked with a move away from his current club in this window; Sunderland’s James Vaughan.

Although this deal may seem a bit far-fetched, many Rovers supporters have recently been calling for Tony Mowbray to bring another striker into the club, due to the consistent lack of goals coming from the striking positions. With midfielder, Bradley Dack topping the clubs’ goalscoring charts with 10, and defender Charlie Mulgrew closely following him with 9, the Rovers attacking quartet of Dominic Samuel, Danny Graham, Marcus Antonsson and Joe Nuttall have only mustered 19 goals between them in the league, which although seems like a lot on the face of it, considering the number of draws and 1-0 wins that Rovers have picked up, it could potentially help the strikers if a 5th choice came in to push them.

Although 5 strikers may seem excessive for a side, the number of games that teams play in the second-half of the season may justify a move for another frontman. Currently, Rovers have on-loan Marcus Antonsson – who predominantly plays as a left winger – sidelined for ‘a few weeks’ after he picked up an injury in Rovers’ 2-2 draw against Scunthorpe United, whilst young Joe Nuttall cannot always be relied on to make an impact late on in games if Dominic Samuel and Danny Graham aren’t delivering. Additionally, speaking of Danny Graham, Mowbray has hinted, on a number of occasions that the striker at his age, isn’t capable of playing consecutive games, whether that be down to fatigue or potential injury.

Going back to the target. Despite James Vaughan playing in nearly every game for Sunderland this season, it has been hinted that Chris Coleman – who was appointed as Sunderland boss in late November – may be potentially willing to let the forward out on loan, and despite there being little to no chance of the deal occurring, with Sunderland falling short on strikers, the forward has been linked with a move to Wigan Athletic, which would potentially hint that if there is any chance of Vaughan leaving the Stadium of Light, Rovers should throw their hat into the ring to compete for the forwards signature, even if it is only a temporary deal.

Vaughan, who has found goals hard to come by this season, as he’s only scored 2 in 23 league games, has bags of experience in the Premier League, Championship and League One, after playing his football last season in the 3rd tier with Bury. His numbers last season for Bury were very impressive – 24 in 37 – which suggests that Vaughan is more than capable of finding the back of the net in League One, in addition to his relentless work-rate, which goes unnoticed when looking at a players’ statistics. If Vaughan was to come in and apply his work-rate to an already hard-working side, his efforts could potentially lead to more openings through his closing down of the defenders.