Sign in
Home First Team News “I’ve always wanted to test myself at the highest level and the Championship is the next step in achieving my goals, so I’m looking forward to next season.”

“I’ve always wanted to test myself at the highest level and the Championship is the next step in achieving my goals, so I’m looking forward to next season.” 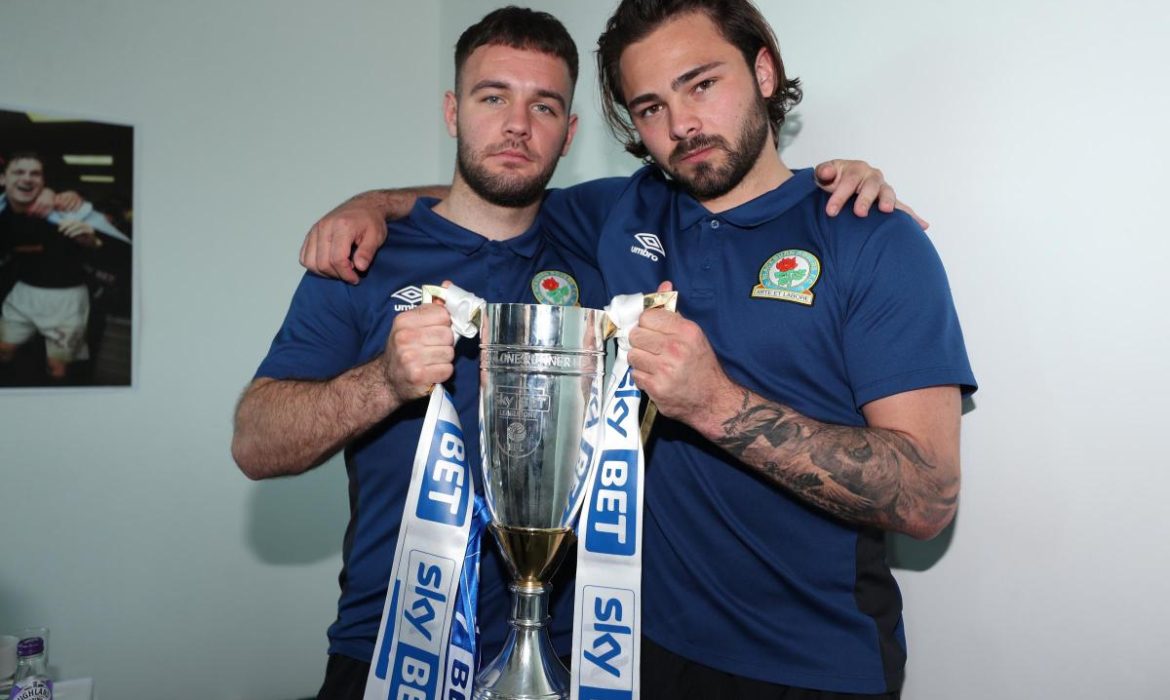 With his outstanding debut season for Rovers culminating in the capture of the League 1 and Rovers Player of the Year awards, alongside other internal honours, such as Goal of the Season and Seasonal Man of the Match, Bradley Dack summed up how his maiden, promotion-winning campaign in Blue and White halves, had panned-out, to Rovers’ media team, after Rovers’ 2-1 win over Oxford United.

“To get promoted and have a medal to signify our achievements is pretty special and I’m sure I won’t be taking it off tonight(!) It’s been an unbelievable season and I’ve enjoyed every second of it, and to cap it off with our goal of gaining promotion, is what we were all aiming for at the start of the season. For the lads to go out there in-front of nearly 28,000 people, is unheard for a League 1 game, so hopefully we can get that kind of support in the Championship.

“I’m disappointed to have been injured for the final 2 games, especially with the fantastic away support that we got at the Valley against Charlton Athletic, but the most important thing was knowing that we had the job done prior to the final 2 games of the campaign. I knew that the boys would put in a performance like they did today and get the victory to cap off a fantastic season.

“I think that, earning the clubs’ Player of the Year and Goal of the Season awards from the fans is a great achievement for me. Obviously, you want to be liked by the fans, and fortunately, they took to me from the moment I walked through the door and I’ve repaid their support with some good performances throughout the season, but I’m absolutely delighted to have won the awards after such a good season.

“I must admit, I was buzzing to see Danny’s (Graham) goal get chalked off today as it confirmed me as the top goalscorer within the club, this season(!) But in all seriousness, I would have to say that my second goal away at Peterborough United was my favourite of the 18 that I’ve netted. Everything about it, from the movement and speed of the passing, to the finish was brilliant and I was lucky to have been the one to have finished the move off. It was one of those goals where, if it had been scored in the Premier League, it would have been spoken about for ages, but I’m delighted to have been the scorer, after the lads did so well to move the ball.

“The outstanding game for me this season, was probably our game away at Fleetwood Town, where Richie (Smallwood) got our winner. That game, in my eyes, was a turning point for our season, as after it, we truly believed that we could continue our form and go all the way and achieve promotion. We dominated that game in the first-half and had to withstand some heavy pressure during the second period and we knew, throughout that game, that had we dropped points, the task to get near Wigan and Shrewsbury would have been near-impossible, but were lucky enough to come up with the winner through Richie, which gave us the belief we needed to achieve our aims.

“It’s been a relentless season, we’ve played a lot of games within the space of 10 months and at the end of the day, the league doesn’t lie, so I have to send my congratulations to Wigan on winning the league, and despite us being disappointed about not finishing top of the pile, we’re delighted to have achieved our main goal of promotion and hopefully we can build on our success next year in the Championship

“With the season ending and us going on holiday to recover from the relentless number of games, I’m probably going to start missing the lads in a couple weeks after we all go on holiday(!) It’s going to be nice to have a break where everyone can recharge and mentally prepare themselves for next season, but there’s no doubt that I’ll miss the lads in a few weeks, that’s for sure.

“I’ve been ready to take on the challenge of the Championship for a few years now and obviously I’m disappointed to have not got in the league earlier than I have, but that doesn’t matter because I’m in it now, and I’m relishing the opportunity to go and prove myself in the third most watched league in Europe. I’ve always wanted to test myself at the highest level and the Championship is the next step in achieving my goals, so I’m looking forward to next season.”