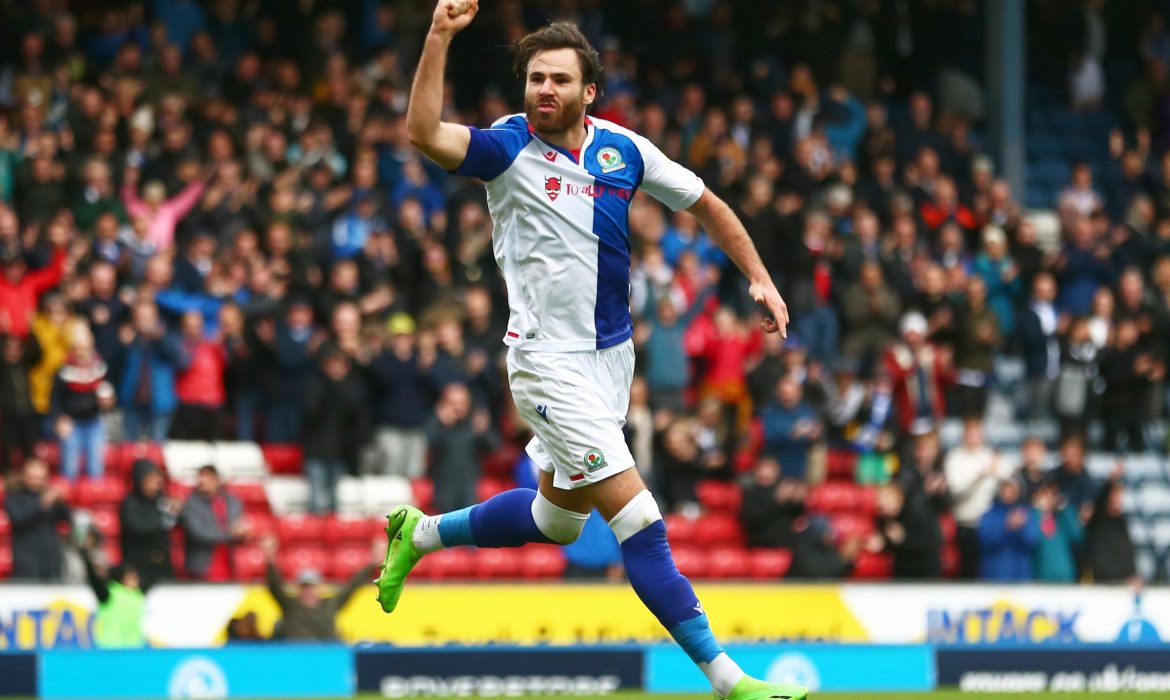 With the Blues returning from the first international break of the campaign, Jon Dahl Tomasson made one change for today’s clash, from the side that fell to a 2-0 defeat at Luton Town, a fortnight ago. Sam Gallagher returned from injury to the Rovers team as he replaced Hayden Carter, who dropped to the bench. Rovers remained with their five-back system, as Ryan Hedges slotted in at right-wing-back alongside the back three of Dom Hyam, Daniel Ayala and Scott Wharton with Harry Pickering on the opposite flank. The defence were ahead of Thomas Kaminski who was making his 100th Rovers appearance.

As the crowd settled inside Ewood Park, it was Millwall who got the ball rolling after David Webb’s whistle, as the Lions looked to try and secure their first Ewood Park victory since July 2020, when a Mason Bennett strike won the points for the London outfit.

Six minutes into the game, a looping free-kick saw George Long fail to claim in the visitor’s goal as Tyrhys Dolan tried to chip the goalie, but the attacker couldn’t keep his effort down.

In the 10th minute, Zian Flemming tried an audacious 35-yard free-kick, but it landed on the roof of Thomas Kaminski’s net.

Ten minutes later, the Rovers goalie sought medical attention after a collision with Murray Wallace left him with a bloodied nose.

After half-an-hour, the Lions broke through after Callum Styles found Benik Afobe, but the former Arsenal forward failed to keep his shot down.

A rather uneventful first-half saw 45 minutes fly by without either goalkeeper being forced into a save until the 45th minute, as after four minutes of added time were allocated, George Long was forced to parry away a goalmouth scramble after Tyler Morton’s corner deflected towards goal off a Millwall defender, which forced the former Hull City goalkeeper into action to deny the hosts the lead.

With little to no action in the first-half, Jon Dahl Tomasson would have been content with his side’s first-half defensive display, but would have desired more from those going forward. Whilst Rovers had restricted the visitors to one off-target attempt, the hosts had failed to really get going in the forward department; something the boss would have emphasised at half-time.

Gary Rowett, meanwhile, was seeing nothing productive from either ends of his team. The away team had lacked any consistency going forwards and had been restricted, whilst they had little to worry about in the first period, defensively. The team-talk in the away dressing room would have been very similar to that of the home side’s, with Rowett also calling for some more firepower.

After both sides re-emerged from their respective dressing rooms, it was Rovers who got the game back underway for the second period as they looked to try and extend their Ewood Park winning run to two.

In the 50th minute, Sam Gallagher and George Long nearly collided as the goalkeeper came out a long way to clear the ball, but the forward failed to scoop the ball over the goalie. The clearance only fell as far as Ryan Hedges whose first-time attempt from just inside the Millwall half dragged wide.

Long was again called into action as he saved another Hedges attempt, but the Welshman stung the goalie’s palms and parried it out to Ben Brereton Díaz who cleared the crossbar, but saw his blushes spared courtesy of the offside flag.

Rovers didn’t have to wait long to celebrate the opener, however, as Gallagher’s cut inside and drive into the box saw a mix-up between vising goalie and defender before the ball was spilled out to Tyrhys Dolan who made no mistake from close-range to power Rovers ahead at 1-0 and release a burst of delight across Ewood Park, as Jon Dahl Tomasson’s side took the lead in the 57th minute.

The 63rd minute saw Ryan Hedges try his luck from distance, and he somehow nearly caught Long out as the goalie was forced to tip the ball over for a Rovers corner.

The subsequent set-piece proved vital to offer the hosts the much-needed cushion many inside Ewood Park would have been willing for. Tyler Morton’s corner was flicked across the face of goal by Benik Afobe and Ben Brereton Díaz was on-hand to barge his marker out of the way and tap home from close-range to double Rovers’ lead to 2-0.

Straight after the goal, Rovers made a double change as Sammie Szmodics and George Hirst replaced Tyrhys Dolan and Sam Gallagher.

In the 75th minute, Morton was booked for fouling Callum Styles and the visitors managed to reduce the game’s arrears as Tyler Burey’s cross was met by the head of Jake Cooper who ruined Rovers’ chance of collecting consecutive home clean-sheets by making it 2-1.

With 79 minutes gone, both sides made changes as Rovers introduced more defensive steel by throwing on Hayden Carter for Ryan Hedges, whilst Millwall swapped Callum Styles for George Saville in a bid for more creativity in the middle.

Flemming’s 83rd minute free-kick was soon easily caught and denied by Thomas Kaminski, who had spent the entire game with a blocked nose to stop the blood from trickling down.

Rovers’ final change soon came in the 90th minute, a few seconds before five minutes of added time were allocated, as Jon Dahl Tomasson swapped Ben Brereton Díaz for Bradley Dack, who came in to cause some late havoc.

Millwall saw the fourth official’s board as a signal to throw the kitchen sink at Rovers, as Voglsammer drilled a ball across the six-yard box that saw Rovers scrambling to clear but fortunately for the home crowd, Flemming failed to keep his effort down at the back-post.

In the 94th minute, Jake Cooper tried to clinch a fabulous brace by releasing an effort from range, but Thomas Kaminski may as well have already gone into the dressing room, as it ballooned harmlessly over.

The German Voglsammer again tried to net a late equaliser, but his snapshot on the turn failed to hone in on the target, as Rovers and their supporters soon celebrated as David Webb blew for full-time seconds later.

A fantastic result in an underwhelming game was exactly what Rovers would have taken ahead of kick-off. Ties with Millwall have been low-key in recent years and this one continued the trend with neither side amassing a shot on target in the first 45 minutes, but Rovers thankfully emerged from the tie in the stronger position to keep spirits high after a productive international break. After the under-21s beat Manchester United, 6-1, earlier on in the day, this result capped off a perfect day for Rovers in all their departments, as Jon Dahl Tomasson was able to unite the team and the supporters who willed their heroes on for a fantastic three points.

Those points helped Rovers break back into the top six places in the league after 11 games. The Dane’s team sit on 18 points with a negative goal-difference of -1, despite not yet picking up a draw in their 11 games, thus far.

Next up for Rovers, is a trip to Wales, as they travel to the Cardiff City Stadium to face managerless Cardiff City – who sacked Steve Morison – on Tuesday 4th October at 8pm, a game that will be live on Sky Sports. Following that clash, Rovers are back at home against another managerless side in Rotherham United, who saw long-serving manager, Paul Warne depart for Derby County during the break, before rounding up the first 11 days of October with the rescheduled trip to Wigan Athletic on Tuesday 11th October at 7:45pm – another game that will be televised on Sky Sports.