Sign in
Home First Team News “We will work hard, in training, over this next week to improve.” 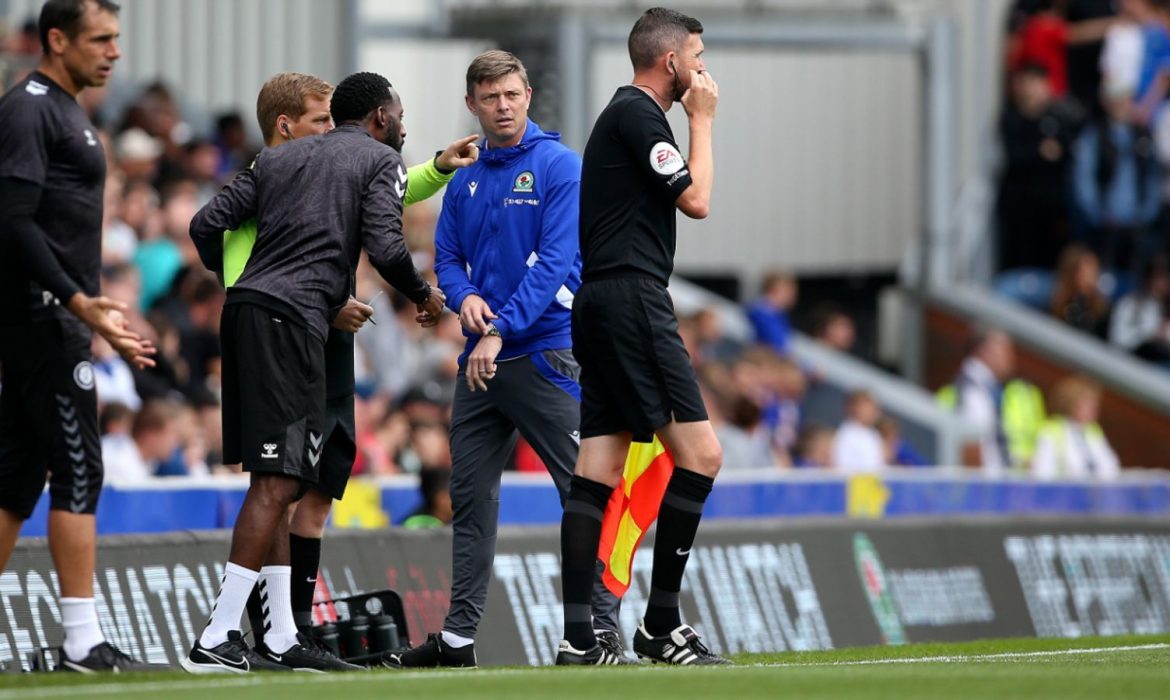 After Rovers fell to their fourth defeat of the season, this one coming in a narrow 3-2 home defeat to Bristol City, Jon Dahl Tomasson bemoaned his side’s passiveness and called for ‘patience’ at the start of his Rovers ‘project’.

“We’re very disappointed as we should be, because we all hate losing. The result and performance were disappointing. We know that we can play an excellent game, when we’re not passive and when we play quick, forward-thinking, one-touch football. We didn’t do that a lot, today. Of course, we’re a young team in transition who are adapting to the addition of some new faces and the absence of some important players. Those issue appears automatically, and you notice them when you’re playing a lot of games during a short space of time.

“We were lacking energy in the first-half and in the second-half, we weren’t much better, but we want to build a team over time, together with our fans, that make life difficult for opponents who come to Ewood Park and play in such an environment. We’re working hard at that, but now we need to focus on today’s game and see how we can improve and what we could have done better, particularly focussing on the first-half where we were too passive. We conceded two goals on the transition that we positioned for poorly and we lacked the intensity to win the ball back when they broke. At the end of the day, when you get the score back to 2-1, you need to stay in the game to give yourself a chance with 20 minutes to go, but then we conceded straight away, which was not good enough.

“The first goal is extremely important, no matter what country or division you’re in. We managed to create a good chance in the opening minute of the game, because we proved that we could be dangerous by getting in-behind their backline and we were unlucky that we didn’t manage to score early on after identifying those areas to exploit.

“At 2-1, we have to stay in the game. We can’t give goals away in that manner, especially not with 20 minutes left and we had time to create more opportunities to try and draw level. That was a big hit; I was disappointed, as were the players and of course, the fans. It was clear that the momentum had shifted our way once Tyrhys (Dolan) scored. Our fans were behind the team and they tried to push the team and cheer them on, but we conceded straight away, which was very disappointing.

“We have to accept that this young team will struggle for consistency. I said it from ‘day one’, that we’ll be like this for quite a while; maybe a month, or so, which is normal when you have a young team that has lost a lot of experience over the summer. We’ve brought in some new players, but we still have a very young group, with the latest player arriving on Thursday. It’s a big transitional phase for the club. We’re all working extremely hard and I think we’re going to be helped by the international breaks and the World Cup in December, because it’ll give us time to work on the things that we weren’t able to do in pre-season, as well as allow for some rest. There will be a lot of bumps along the road, in the project, which is normal, but I also think that our fans know that.

“Going forward, it’ll be good to see who can and can’t learn from these experiences. You always need to be open-minded and see who’s ready to learn quickly and who’s ready to adapt, which is normal when you start a new project. It always takes time to settle in and transition the team given the turnover of players. We’re a young group, which will learn and is willing to learn, which is a positive. We’re learning about each other the longer you’re with them. You find out who struggles under pressure, who can’t physically play three games in one week and other small areas like that. I think that’s normal when you enter a new job as a Head Coach.

“We will work hard, in training, over this next week to improve and hopefully we can get some players back from injury, so we’ll wait and see on that. I think it’s important to get some good minutes on the pitch, which is a positive aspect to this hectic week.

“George (Hirst) played most of an under-23s game, two weeks ago, so I wanted to see how he could cope in the Championship and whether he could hit the same intensity. We wanted to give him the minutes to get him up to speed and up and running in a Rovers shirt. The players who arrived later on in the window, need to build up their fitness before they hit their highest levels. George is still getting used to a new team and a new environment, after only arriving this week. He showed glimpses of what he was capable of, with the chance in the first minute a great example of what he can bring to the team with his power and movement.”