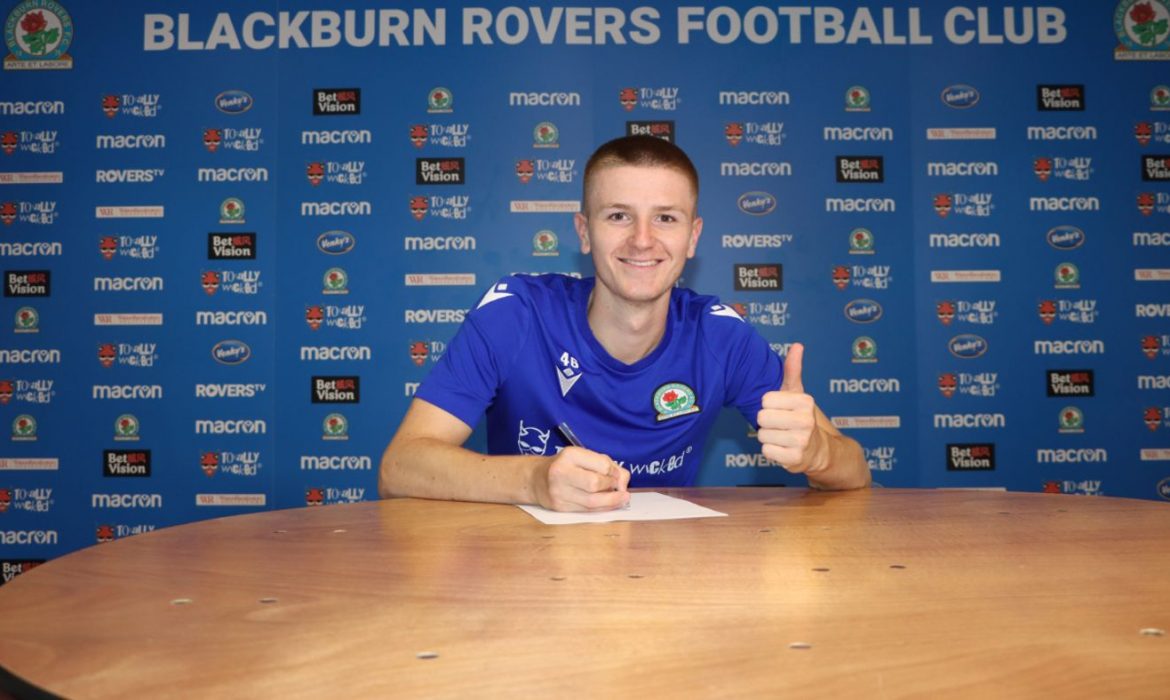 Rovers have announced that youth graduate and local lad, Adam Wharton has committed his long-term future to the club, by penning a new five-year deal at Ewood Park.

The 18-year-old midfielder, who was bled into the first-team during pre-season by Head Coach Jon Dahl Tomasson, saw his previous deal expire in 2024, but Rovers moved quickly to top up the contract until 2027, to deter the potential Premier League sharks that had reportedly been circling.

Having been at Rovers since the age of six and rose through the Rovers ranks a few years after older brother and defender, Scott, Adam becomes the second academy graduate in under two weeks, to sign a new deal at the club, following in John Buckley’s path towards the start of September.

A boyhood Blue, Wharton has wowed staff and supporters alike during his brief stint around the first-team, this season, having only made his debut in the 4-0 win over Hartlepool United, in the First Round of the Carabao Cup. The midfielder soon followed that performance up with another controlling display in a 2-1 win over Bradford City in the Second Round, before his league debut came in the second-half of Rovers’ eventual 1-0 home defeat to Stoke City. Despite Rovers losing, Wharton’s second-half composure in the face of adversity impressed all inside Ewood Park.

His fine start to the season saw him produce a fantastic individual show at Bloomfield Road, as he played 90 minutes and completely ran the show for Rovers in their 1-0 win over Blackpool. The midfielder was everywhere on the night, both defensively and offensively, and even provided the ‘hockey assist’ for Bradley Dack, who went onto set up Ben Brereton Díaz, for the game’s only goal. Wharton was then rewarded with the Sky Sports Man of the Match Award, for that display.

The future prospect beamed in delight after discussing his new terms with RoversTV:

“I’m over the moon! I’m delighted to commit my future to the club. I’ve been here a long time, so to get a deal to secure myself at the club for a number of years is a great feeling.

“It was a straightforward decision for me. I’m still only young and with the gaffer coming in and showing that he trusts the youth, I think it’s the perfect place for me to continue my development and hopefully I can continue to get better.

“Making my debut was a great feeling, to get it out of the way and to feel what it’s like to play first-team football. Knowing that the gaffer is willing to play you if you’re good enough and if he feels you’re ready was a massive incentive for me to sign.”

Head Coach, Jon Dahl Tomasson was asked his opinion on the midfielder’s new contract and the Dane admitted his admiration for the 18-year-old’s talent:

“When I arrived, I noticed his quality on the ball immediately. We’re pushing him every day, because he’s a boy who wants to learn. He has a big future, but he needs to keep pushing himself and keep demanding more from himself.

“It’s great to see a local boy graduate into the first-team. He should be proud of what he’s achieved so far. He’s a great player, but he’s not the finished article yet.

“He’s brilliant on the ball, but he still needs to learn the off-the-ball qualities. The first important thing is that he’s willing to learn and he needs to develop, to improve. He’s already improved during our time here as a staff; over the first two months, he improved by 60% in his off-ball load.

“He has a mentality which drives him to want to improve, every day.”

Director of Football, Gregg Broughton, also revealed his satisfaction in securing the future of the talented midfielder, whilst also heaping praise onto the youth department and coaches who helped Adam turn into the tough-tackling midfielder he is today:

“We are very pleased to announce another of our Academy graduates making a long-term commitment to the club.

“Adam has worked incredibly hard since returning for pre-season in June and has continued to show big improvements in his game both on and off the ball. He has already demonstrated his ability to play at a senior level and now we are all working together to improve on his consistency and robustness to do this in the relentless nature of the Championship.

“He thoroughly deserves this new contract and we look forward to watching his continued development with us.

“Great credit is due to Stuart Jones and his team in the Academy for giving Adam the platform to progress so far. We must continue to support the Academy with the resources required to continue this work at such an exceptional level, whilst also challenging everyone involved to ensure that we have players ready every year to make the step up to the first team.”

Congratulation, Adam! We look forward to seeing you don the Blue & White halves for many years!