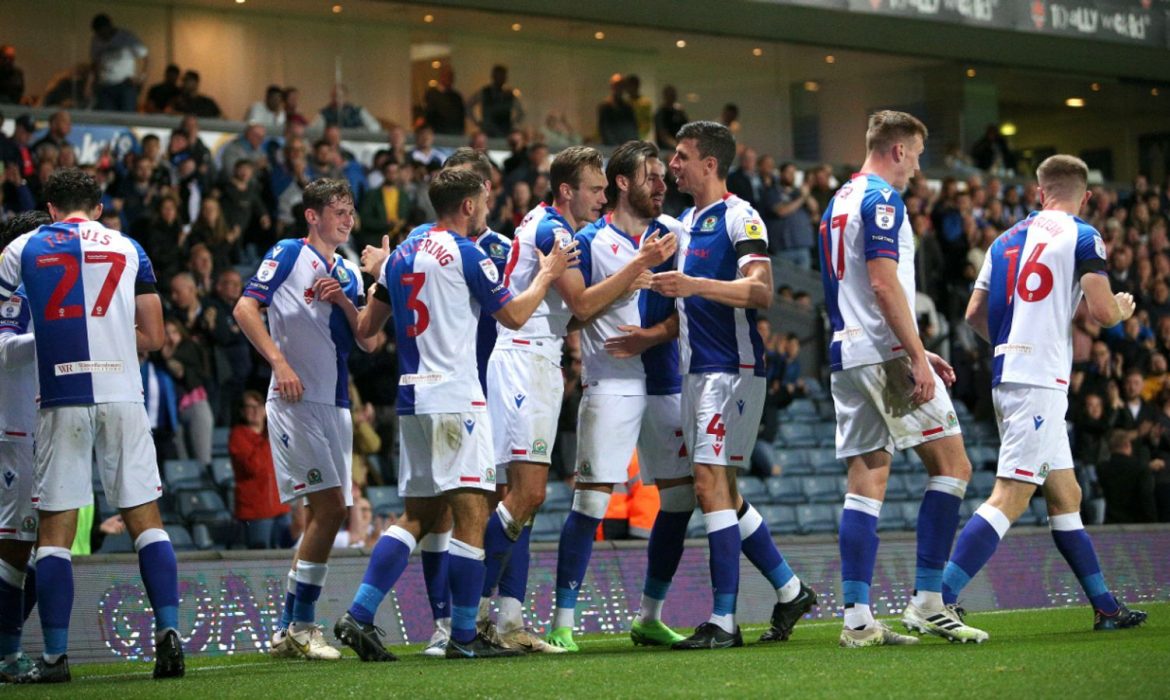 Rovers ran rampant at Ewood Park, as they steamrolled a woeful Watford side, to return to winning ways, following an unexpected, but sad hiatus in the footballing calendar.

Despite missing a weekend of football, due to the sad passing of Her Majesty, Queen Elizabeth II, Rovers were offered a week to rest and bring players back from injury, which is exactly what led to Jon Dahl Tomasson making three changes to the side that lost 3-2 at home to Bristol City, ten days ago. Defensive duo, Daniel Ayala and Scott Wharton both returned from injury to partner Dominic Hyam in a back-five, that saw Hayden Carter and Harry Pickering flank them. Adam Wharton and Bradley Dack were the two who dropped out to make way for the defensive reinforcements, as they were named on the bench. The third change saw Tyrhys Dolan replace George Hirst, who was also named on the bench, as the England under-20 international partnered Chilean attacker, Ben Brereton Díaz.

Ten minutes before kick-off, both sides held a minute’s silence ahead of kick-off, to pay tribute to Her Majesty, Queen Elizabeth II. These tributes were also supported by black armbands, worn by all members of both sides.

Following the paying of respects and the national anthem, it was Rovers who got the ball rolling on referee Stephen Martin’s whistle, as Jon Dahl Tomasson’s men looked to get back to winning ways, against the recently-relegated outfit after an enforced 10-day break.

Rovers started the brighter of the two sides inside the opening five minutes, as Ben Brereton Díaz tried to notch from distance, but saw his effort easily claimed by Daniel Bachmann.

The Chilean had another attempt to bother Bachmann, in the 7th minute, as Tyler Morton’s cross was met on the volley by Brereton Díaz, but the Austrian shot-stopper was again on-hand to deny the South American.

60 seconds later, Rovers again tallied an effort, as Ryan Hedges shot from range, but his low drive gave Bachmann a break, as the ball dribbled wide.

Rovers’ early rampage continued in the 10th minute, as Hayden Carter and Tyrhys Dolan combined, as the latter’s attempt was tipped over the crossbar by Bachmann.

Following a lull in proceedings, where both sides displayed sloppy football, Dominic Hyam became the game’s first player to be booked, as João Pedro was hauled down by the former Coventry City man, but Rovers dealt with the following set-piece.

The game’s first change soon followed, in the 31st minute, as Ismaïla Sarr was forced off and replaced by on-loan Aston Villa man, Keinan Davis.

In the 34th minute, Watford saw a penalty appeal waved away, after Keinan Davis toppled over under pressure from Daniel Ayala, but the official signalled for the game to continue.

The breakthrough finally came in the 38th minute, and it sent Ewood Park into raptures, as Ryan Hedges claimed his first goal for the club, since joining from Aberdeen in January. A fantastic dribble by Dolan on the right-hand side, saw him take a few on and skip into space, before he pulled the ball back for Hedges, whose first-time effort tucked into the near-post, sending Bachmann the wrong way, as the Blues took a surprise, but deserved, 1-0 lead!

As the break approached, referee Stephen Martin added on three extra minutes, onto the end of the first period and Rovers nearly found themselves two ahead, going into the break, as Brereton Díaz saw his curling effort fail to nestle inside the upright and into the top corner.

Following that attempt, the whistle for the break soon came quickly, as both teams headed into their respective dressing rooms.

Jon Dahl Tomasson would’ve been delighted with how his side had taken the game to Watford during the first-half. The Dane would’ve been encouraging more of the same from his side, and would’ve been quick to keep them wary of the threat that the visiting side posed.

Rob Edwards, conversely, would have been annoyed that his side had failed to gain a foothold in this game, despite the quality within their ranks. The former Forest Green Rovers boss would’ve been wanting quicker, one-touch play from his side, to try and tire out Rovers, in the second-half and take advantage of some tired legs.

As both sides returned to the field, it was Watford who restarted the game, looking to try and overturn the scoreline in order to grab their fourth victory of the league campaign.

The visitors did make a second change, prior to the start of the second period, as Dan Gosling replaced the other Chilean on the pitch, Francisco Sierralta.

After 57 minutes had been played, Christian Kabasele was wheeling away in delight, as he thought he’d brought the Hornets level, after he poked home from a corner, but to everyone’s bemusement inside Ewood Park, the assistant had his flag up and disallowed the equalising goal.

From the Rovers free-kick, they countered quickly as Hedges slid the ball down the line into Brereton Díaz, but Bachmann again denied the Chilean a goal, with a fine save after rushing out to meet the attacker.

In the 72nd minute, Rovers saw their own penalty appeals denied, as Harry Pickering was seemingly blocked off in the area, but Stephen Martin again waved play on.

Watford made their third and fourth switches of the tie, moments after their appeal was denied, as Mario Gaspar and Yáser Asprilla both came on to replace Hamza Choudhury and Jeremy Ngakia.

The 78th minute saw the yellow card reappear, as Ryan Hedges was booked for pulling on Ken Sema’s shirt.

Harry Pickering and Brereton Díaz soon combined, as the defender found the attacker with a backheel, but the attacker’s shot deflected off Kabasele and went behind for a corner.

Tyler Morton’s corner soon saw Rovers double their lead on the night, as the set-piece was flicked on by Daniel Ayala, towards the back-post where Dom Hyam had peeled into and the centre-back brought out a fantastic first-time volley to find the top right-hand corner of the Watford net, to make it 2-0 to Jon Dahl Tomasson’s side.

In the 88th minute, Brereton Díaz looked to assist Hedges, but the Welshman’s effort ballooned into the crowd.

After three minutes of time were added onto the end of the game, Jon Dahl Tomasson made two changes to add some fresh legs into the Rovers side ahead of a potential late Watford rally. George Hirst replaced Brereton Díaz, whilst Man of the Match, Ryan Hedges saw Clinton Mola replace him for his Rovers debut.

The pair weren’t on the pitch for long as Stephen Martin soon called time on the game, as Rovers celebrated a fantastic performance and result that further continued the optimism around Ewood Park!

Wonderful scenes appeared around Ewood Park as the supporters serenaded the players following a fantastic return to winning ways. Every player, to a man, was fantastic as they executed their Head Coach’s game-plan down to a tee, as Watford looked unable to cope with Rovers’ energy and their solid defensive display. The back five, even without Hyam’s wonder goal, proved their worth in gold as they denied – what looked on paper – to be a very penetrative front line of the Hornets.

Furthermore, the system change to a back three/five – as was proved last season – got the best out of Rovers and one would expect Jon Dahl Tomasson to keep the system going, given the depth that Rovers now have at centre-back and with the immediate return of Callum Brittain, it will offer the former Barnsley man more space to weave his magic.

Following that fantastic display, Rovers now find themselves in the dizzy heights of 3rd, with 15 points and a neutral goal-difference of zero, from nine games – and not a single draw to their name.

Next up for Rovers, is a trip to Luton Town on Saturday 17th September at 3pm. Following that game, comes the first international break of the campaign. Once the sides return to action, Rovers will host Millwall on Saturday 1st October at 3pm, before making a midweek trip to Cardiff City – a game that will be shown on Sky Sports – on Tuesday 4th October at 8pm. 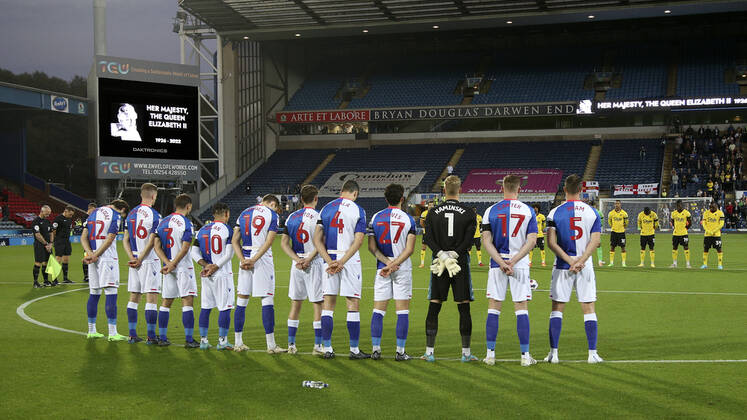