Sign in
Home First Team News “We saw all the good things that this side can offer, tonight.” 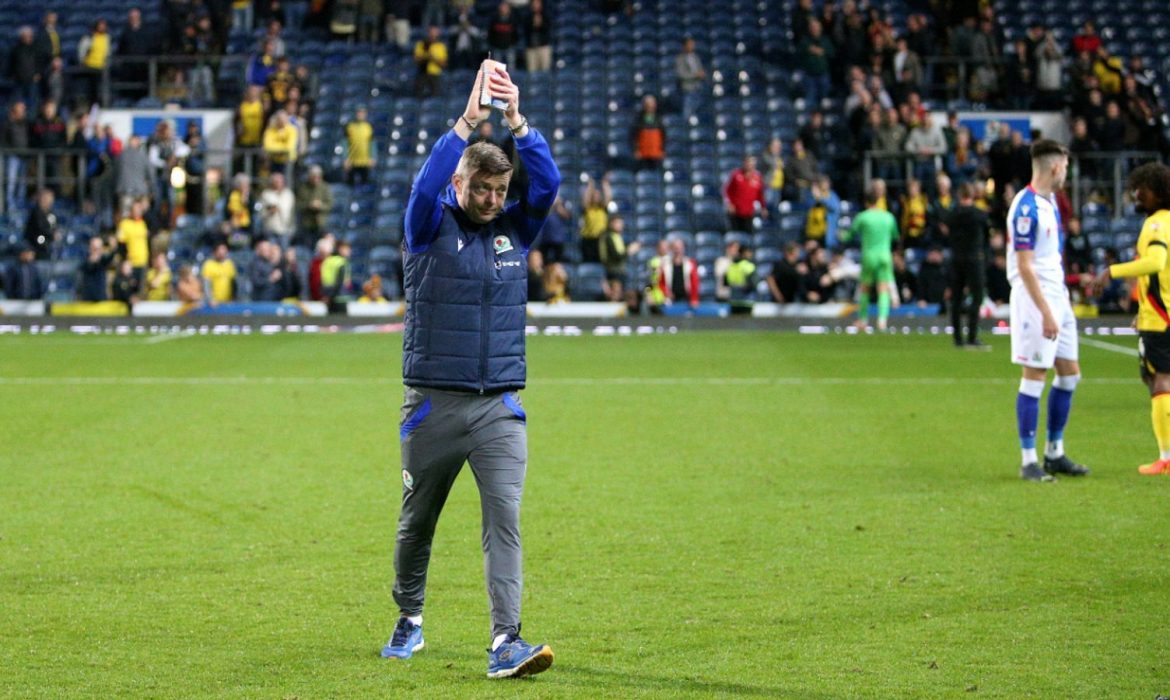 After Rovers dispatched recently-relegated Watford via a 2-0 home win at Ewood Park, Jon Dahl Tomasson expressed his delight, after his side exerted maximum effort and quality, following a 10-day hiatus, to secure all three points.

“We saw all the good things that this side can offer, tonight. It was a fantastic result and a great performance against, what was very recently, a Premier League side. Watford are a team with a lot of quality players and tonight, I saw all the aspects that we worked on in training. I saw a squad with competition. We were on the front-foot immediately, became dominant and we also pressed with aggression. I think we had three shots on goal inside the first ten minutes, which was brilliant.

“We played against a very good side and we remained focussed, then we scored the first goal through many one-touch passages of play, which made it a very high-class goal. In the second-half, we needed to keep focussed and concentrated, because we were playing against a very talented opposition.

“The boys did an excellent job and we looked dangerous in transition, which was good. We got a clean-sheet and kept their efforts down to a minimum. The togetherness with our supporters was great. They were behind the team and the intensity of our fans helped our team also be intense. It was a big performance against a very good team.

“It was great to see our intensity from the first minute. As I’ve said, the things we’ve worked on came out and, to be as totally dominant against Watford, as we were in the first-half, was amazing; that’s where we want to be. Because we’re at the start of the project, we’ll be riding a rollercoaster of inconsistency, and although we should play with passion, we also need to remain patient as a club. Tonight’s performance was top-class and I enjoyed it a lot!

“This game had everything positive from our perspective, from start to finish. I called Watford a ‘Premier League side’ before, because they’re one of the favourites to get promoted, after just being relegated. They have a lot of talented players with Premier League experience, but I thought we were very good on the ball, we were aggressive, we created chances in the offensive third and defended well in the defensive third and you need to tick all of those boxes in order to have a good performance.

“It’s much better to hit the net, than only create chances without converting them! We managed to get ahead with the first goal in the first-half and doubled our lead with a great goal from a corner. We looked dangerous via set-pieces, as well and were a constant threat from them. Dominic (Hyam) produced a great finish, that even I was surprised with! We’ve just called him ‘Pelé’ in the dressing room! He’s probably too young to know who Pelé is and probably hasn’t seen his goals!

“I was delighted with our defensive display, because you defend as a team and you attack as a team. It was important to strike that balance. You need to remain solid and focussed to a high level, which is what the boys did, tonight. They can be extremely proud of their performance, togetherness and team spirit, tonight.

“Tonight’s selection was the first time I’ve really had the chance to ‘choose’ my team. We’ve been dealing with injuries and lack of depth until now and I was able to pick who was on the bench and who, unfortunately, would miss out of the squad. As a human being, you don’t want disappoint people, but as a Head Coach, you have to disappoint people, because you need to put Rovers first and create competition and hunger in the dressing room. That was probably the first time we could make those choices, but in football, regardless, you need to remain flexible, both as a team and as a Head Coach. We want to create a Rovers side who can be dominant, both with and without the ball, over time and as a result, we have to be flexible. Modern football is flexible and you need to be ready to shift between a three and a four-back, instantaneously,” Tomasson said, clicking his fingers.

“As a team and as a coaching staff, you adapt based on what the game needs. In that way, it was a great performance. Ryan Hedges has started adding goals to his game, which is great. Goals are what we live for. It’s a great feeling when you find the net and get to hear the fans cheer and sing your name. Assists are also great and although some players would probably argue assists give a better feeling than scoring, I don’t agree! The whole team should all be proud of their performances, because we played a great game against a very good team.

“Ryan Hedges is a clever player and is good at finding space. He’s a keen learner and is brilliant at remembering all the tasks that we assign to him. He’s capable of processing and coping with all the information that he gets, both, before a game and during it. As a Head Coach, you need players who can cope with information and adapt to the everchanging nature of a football match and react to how the game’s going and the opportunities that arise, throughout.”