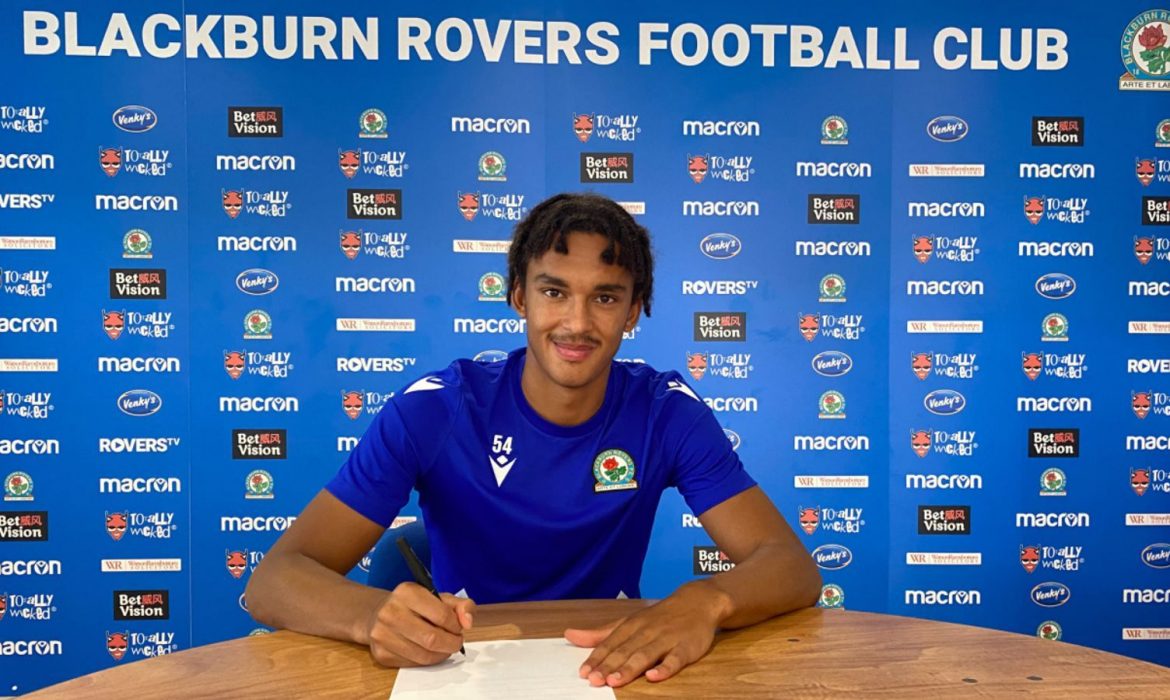 Rovers have quelled nerves and interest from beyond by announcing that highly-rated academy graduate, Ashley Phillips has committed his future to Blackburn Rovers, signing his first professional deal until June 2025.

The young defender, who only recently turned 17-years-old, has been a future prospect within Rovers’ ranks for the last few seasons, even making it into the travelling contingency in Rovers’ 1-1 away draw against Middlesbrough, last August.

Phillips becomes the third successive academy graduate to commit his long-term future to the Ewood Park club, after John Buckley and Adam Wharton in the weeks prior. Since joining Rovers’ under-12s, the defender has had a meteoric rise that, this season, has seen him become a member of Jon Dahl Tomasson’s first-team squad.

After standing out among Rovers’ youngsters, the Dane brought Phillips’ development forward and introduced him to first-team football, offering Phillips his senior debut in the 4-0 home victory over Hartlepool United in the Carabao Cup First Round, where he became the fourth youngest player in the club’s history at 17 years and 45 days. The 6’3” defender’s impressive display has seen him go onto play four games so far, in the Championship, including the 2-1 home win over West Bromwich Albion.

The impressive displays that Phillips has shown at club level, has seen him catch the eye of the England international set-up, as after making his England under-17s debut in September 2021, Phillips – alongside teammate Adam Wharton – is now with the under-19s preparing for European Championship qualifiers.

After signing on the dotted line, the towering centre-half spoke to RoversTV and revealed his delight at securing his long-term future which now allows him to solely focus on his development:

“It’s a moment that my family and I have dreamt about for ages. Ever since I was a kid, I have always wanted to be a professional footballer. To finally have that is an amazing feeling. It’s massive, the hard work you put in pays off.

“This is a club that means a lot, I’ve been here since I joined the Under-12s and to sign a pro deal here is unreal. What the gaffer and the coaches have put out in front of me, I feel this is the best place for me to develop and go higher and higher. I just want to be playing at the highest level and to have already experienced first-team football, for someone of my age, it’s been a dream.

“This is the best place for my development. I set out a goal to play a few times this season, the number was around five games, and I’ve already done that, I’ll have to change those goals now.

“There’s no time to let this feeling sink in, you’ve got to keep pushing, keep developing and keep pushing hard.”

Director of Football, Gregg Broughton also spoke highly of both, Ashley and Head Coach, Jon Dahl Tomasson, who played a crucial role in terms being agreed:

“Today’s news is fantastic for Ashley and also for Blackburn Rovers. Ashley has been consistently courted by Premier League clubs throughout the summer and despite this has remained focused, demonstrated great maturity and hasn’t let it affect his performances in training. He has also received great support from his family throughout this process.

“He deserved his opportunity to play games when injuries in the squad arose and took that chance to prove he can handle the demands of Championship football at the age of just 17. We know that without opportunity, potential can never become talent and ensuring that potential is fulfilled can be our biggest advantage as a football club.

“Great credit is due to Jon (Dahl Tomasson) for backing up his words with actions, providing opportunity and then supporting our young players throughout.”