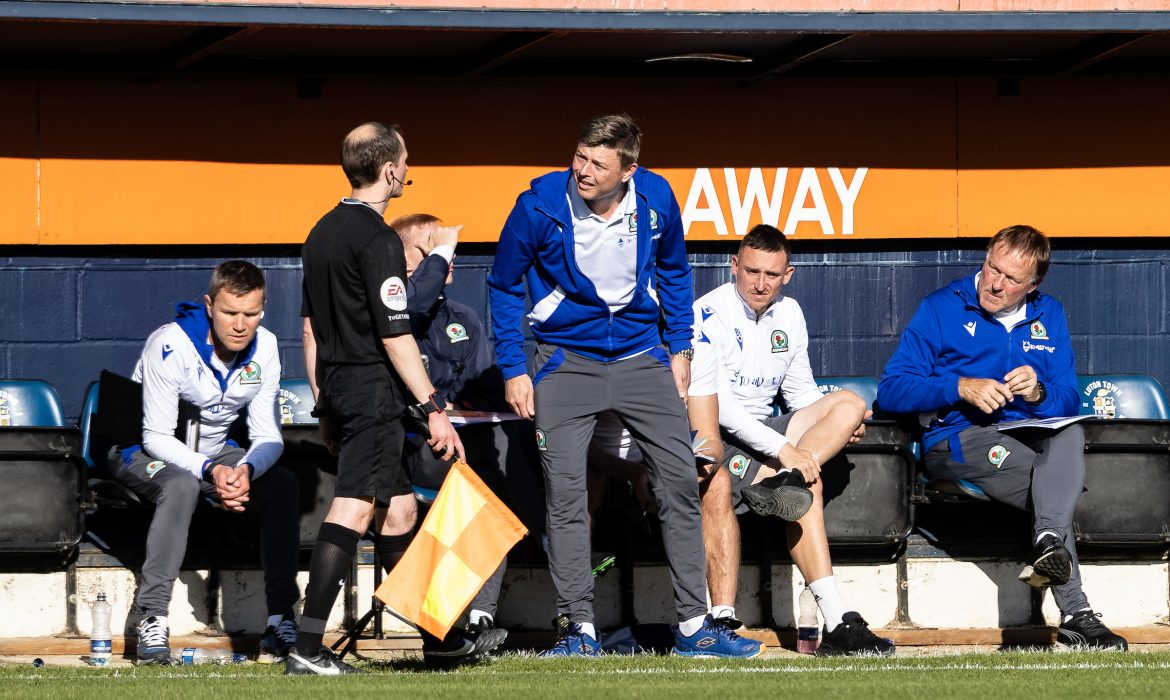 Rovers slumped into the first international break of the season following a lacklustre performance away at Luton Town, which saw the home side pick up a 2-0 win. Jon Dahl Tomasson discussed his young team’s performance and their need for consistency.

“Today’s result was disappointing. We’re always disappointed when we lose. We knew that Luton was a difficult place to come, and we played a good first-half. We were better than them in the first-half and had one of the best chances of the game through Ben (Brereton Díaz) and they cleared it off the line. At half-time, we spoke about how quickly Luton would react in the second-half and we discussed how we wanted to play in the second 45 minutes, but the stuff we did well in the first-half, we didn’t do well in the second and that was why we didn’t get a result, today.

“We probably had the second best chance in the second-half, and we didn’t take that, either. When you play away from home, you have to take those chances in order to get something on the road. The challenge for this group is to now be more consistent over time. There will be bumps along the road, as I’ve mentioned a lot of times, but there will always be disappointment when you don’t get a result after playing well in the first-half, creating a lot of opportunities and dealing with how Luton played.

“It’s always good to take chances. Everyone could see how we played in the first-half, how we played around Luton and that’s something we lacked in the second-half. That’s the issue, because had we done that, we would have had a better performance and result. The challenge for the group is to increase consistency over time. It was great to see all the Rovers fans who made the journey and we’re disappointed and sorry that we weren’t able to reward their effort and commitment with a better second-half performance and result.

“We struggled during the first 30 minutes of the first-half and we didn’t do the right things, but we improved in the last 15 minutes before the break. We know it’s difficult to deal with Luton and the way they play, but we need to improve.

“During the international break, you need to work hard, rest and also review the first 10 games of the season. Those factors are what we’ll focus on over the next two weeks. If you look at the first few games we’ve had, it’s been quite up and down. As I’ve said, there’ll be bumps along the road. This group has the ability to play very well and we saw that, both against Watford on Tuesday and in parts today, although Luton were on us at times, and we struggled to deal with them at points. We learnt that we need to improve in certain areas and in our stability, which will improve our performances over time.

“As I’ve said, the first-half was good enough at this very difficult venue. If we scored the chance, they cleared off the line, the first-half would have been very decent. I thought Callum (Brittain) did well when he came on, in the second-half after being injured for so long. The game epitomised our season. It’s been ‘up and down’, but you have to take the game’s biggest chances when they fall to you, especially when you’re away from home, and Luton were more clinical than us today, which we’re very disappointed about.”