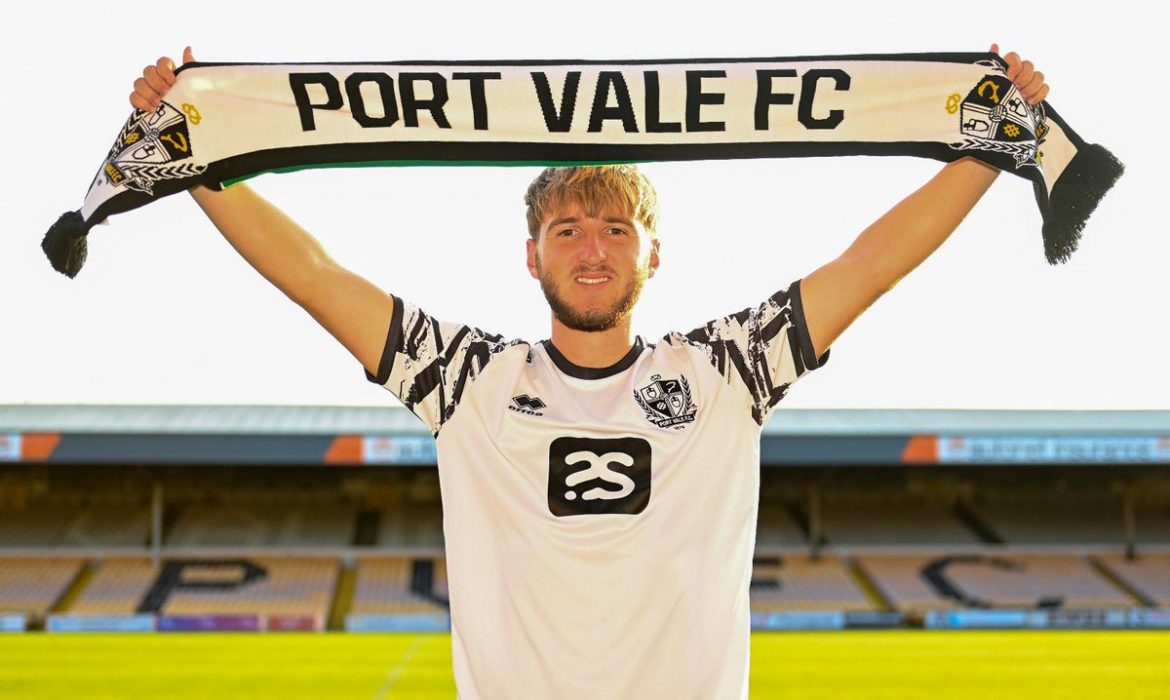 Rovers have sanctioned a Deadline Day outgoing, in Daniel Butterworth, who has joined League One side Port Vale on a season-long loan.

The Rovers academy graduate, who is into the final year of his contract after having a one-year extension triggered in the summer, has struggled to assert himself within the Rovers ranks, both under former manager Tony Mowbray and current boss Jon Dahl Tomasson, due to his niggling injury problems – including a lengthy back injury – will hope to assert himself at Port Vale and divert his career back on track to try and to earn, either a new deal at Ewood or elsewhere.

The 22-year-old attacker has played 17 times for Rovers, starting only once, which came in last season’s 1-0 away defeat against Queens Park Rangers. After being released by Manchester United, Butterworth linked up with Rovers’ academy midway through 2015-16 and soon became a staple of the youth sides, netting 32 goals in all competitions, for Rovers’ under-23s and under-18s side. The attacker remained on the fringes of the first-team, since making his Rovers debut in the 2018-19 Carabao Cup by coming off the bench in a 4-1 home win over Lincoln City before playing in the next round defeat to Bournemouth. The attacker also made his Championship debut towards the end of that campaign, in the 2-0 home win over Bolton Wanderers.

His impressive performances for the youth teams saw Rovers award the then-18-year-old his first professional contract in October 2017, as he signed until the summer of 2020, but was soon offered fresh terms in March 2019, as he penned a three-and-a-half year deal, that expired this past summer, but Rovers had managed to insert a clause that kept the attacker on Rovers’ books until June 2023.

After struggling to break through into the Rovers attacking force, which at the time was stacked with the likes of Danny Graham, Ben Brereton (Díaz), Adam Armstrong and Joe Nuttall, who were all ahead of the youngster at the time, Butterworth was not helped by a recurring back injury which saw him sidelined for more than 400 days. After his return to fitness in January 2021, Butterworth remained in the youth teams to regain his fitness before moving to League One side, Fleetwood Town on loan, a year later, in January 2022, where he helped the Cod Army survive relegation. His time at Highbury saw Butterworth net one goal in 12 games for Stephen Crainey’s side.

See you in the summer, Dan!