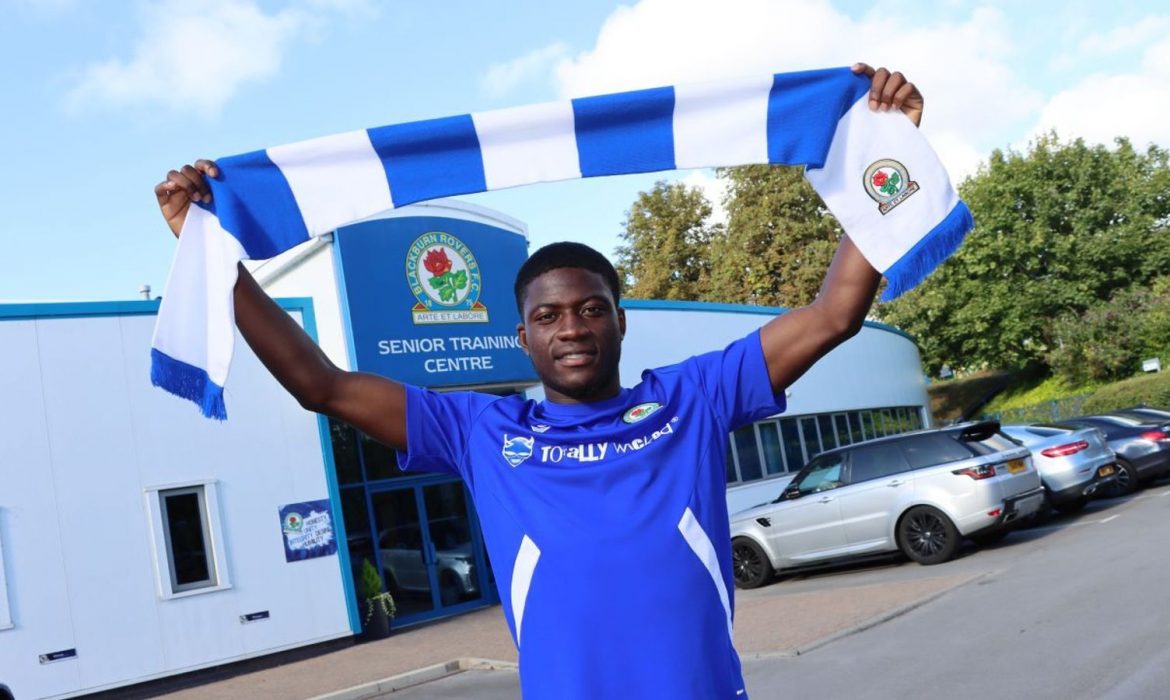 Rovers have added a Deadline Day transfer to the mix, by confirming the acquisition of VfB Stuttgart’s central defender, Clinton Mola, on a season-long loan. The deal holds an option to purchase the new addition in the summer.

The 21-year-old defender – who is also capable of filling in as a midfielder – arrives fit and ready to go, having already played this season for VfB Stuttgart in the Bundesliga and the DFB-Pokal.

Born Camden, London in 2001, the Englishman of Congolese descent started his footballing journey at the rather late age of 14-years-old, as he linked up with Chelsea in 2015 after being scouted playing grassroots football and remained an integral part of the Blues varying youth categories during his development. Despite not breaking into the first-team during his time at Stamford Bridge, Mola has over 70 youth appearances to his name, having been in Chelsea’s under-18s, under-21s and under-23 sides, playing with the likes of current Chelsea midfielder, Conor Gallagher, Brighton & Hove Albion right-back, Tariq Lamptey and Scottish outcast, Billy Gilmour.

Chelsea’s success in the youth divisions saw Mola clinch two FA Youth Cups & the 2017-18 u-18s Premier League National & Southern Championship as well as the u-18 Premier League Cup, yet, with his development path blocked, despite Chelsea’s transfer ban in 2019-20, which saw the then-18-year-old be brave and seek pastures new as he headed to Baden-Württemberg in Germany, where he linked up with former Aston Villa midfielder, and then-VfB Stuttgart manager, Thomas Hitzlsperger in January 2020, for a reported fee of just over £300,000.

After joining Stuttgart in the second-division of Germany on a four-and-a-half year deal – until June 2024 – the left-footed defender struggled to break into Die Roten’s side, despite featuring a couple of times for their second team and only managed to rack up 16 appearances in all competitions, for both senior and youth sides in two-and-a-half years. His lack of game-time came mainly due to recurring injury problems, saw the defender struggle to settle in the Red and White of Stuttgart.

Although the defender has struggled for game time at club level, he has been a key part of England’s varying youth levels. The 6’0” defender has played for – and even captained – the Three Lions from under-16s to under-21s, playing under the likes of current Nottingham Forest gaffer, Steve Cooper and former Rovers midfielder, Lee Carsley, notching 31 youth caps and netting three goals.

Speaking to RoversTV, the defender revealed his delight at returning to his homeland:

“I’m excited, it feels great to be here and I’m pleased we’ve got everything sorted. “I’m looking forward to starting here and being a part of the team. Hearing Rovers were in for me, I knew how this is a very established club at this level, a club with great values and with a great set of players.

“It was a late deal, I heard about it a couple of days ago and from there on it was an opportunity I wanted to take up. Coming back to England is very important to me, to be back in the country, back home. The Championship is a great level and I believe I can show my quality at this level. I’ve watched a lot of the Championship, it’s a great league and I feel I’m ready to take the next step, the next challenge.

“I’ve played with a few of the lads and I know it’s going to be a real challenge to get in the team. It’s my job to play for the fans and show the gaffer exactly what I can do.”

Rovers’ Director of Football, Gregg Broughton, also spoke highly of the 21-year-old and thanked VfB Stuttgart for their cooperation in the deal:

“We are very pleased to welcome Clinton to Blackburn Rovers. A versatile defender, who can play centrally in a two or a three, on the left in a four or a five, and also in midfield, Clinton gives us great options to suit Jon’s desire for tactical flexibility.

“He was brave enough to go abroad at a young age to play first team football and now comes to Rovers as a regular England international at Under-20 and Under-21 level, and with experience in the Bundesliga. He brings pace, ability on the ball and, most importantly, a desire to improve and fulfil his potential with our football club.

“I’d like to thank Sven Mislintat and his team at VfB Stuttgart for their cooperation, along with Emeka Obasi and Ed Bonsu who, as Clinton’s representatives, continue to prioritise playing opportunities for their young players ahead of short-term gain.”

Now 21, fit, healthy and raring to go, Mola is hoping he can use his spell in East Lancashire as a springboard to reignite his career, which is still in its infancy.