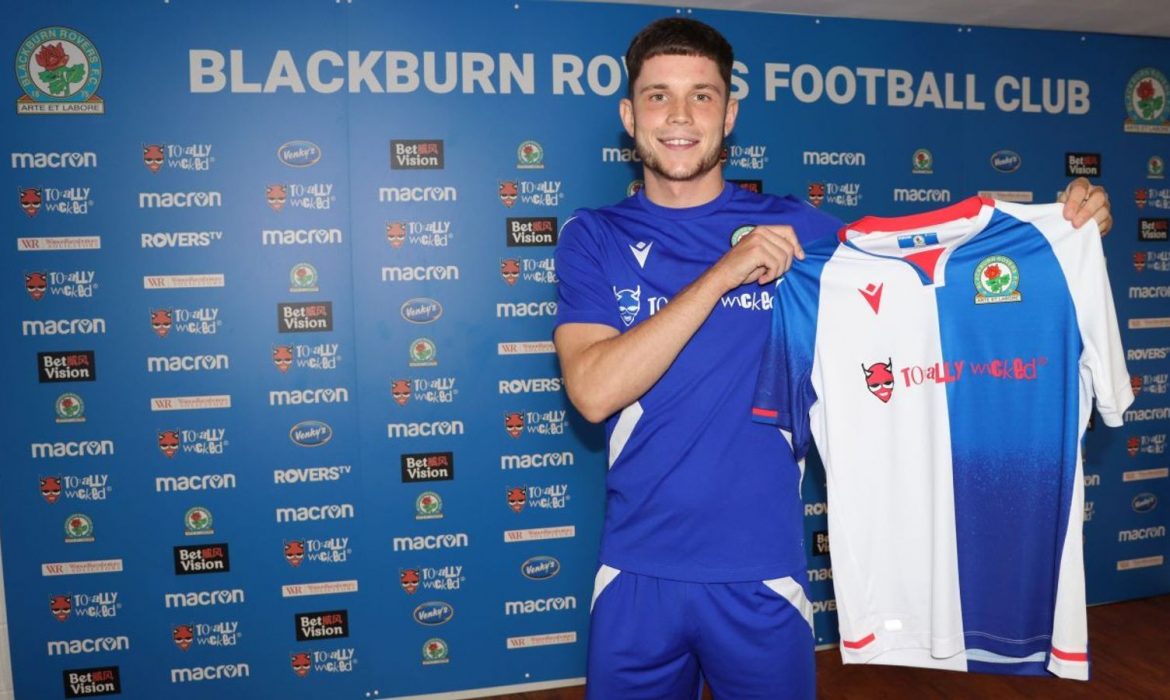 Rovers have today added to their forward line by borrowing the services of Leicester City striker, George Hirst, who joins the East Lancashire club on a season-long loan deal.

The 23-year-old attacker – son of former Sheffield Wednesday striker David Hirst – arrives at Rovers having just penned a new deal at Leicester City, until 2025, however the deal struck with Rovers does include an option for Rovers to make the deal permanent for an undisclosed fee.

After progressing through the ranks of his father’s side, Hirst made his senior debut as a second-half substitute for Sheffield Wednesday in August 2016, aged 17 in a 2-1 away defeat to Cambridge United in the First Round of the League Cup. Before the 2016-17 was out, Hirst managed to notch up another cameo in Wednesday’s 2-1 away defeat to Reading in December 2016, before three more appearances as an unused substitute. Most of the attacker’s appearances came in the Owls’ youth teams where his 16 goals from 22 appearances helped the under-23s become Professional Development League 2 North and National Champions.

2017-18 saw Hirst’s gametime predominantly come for England’s under-20s side as he notched a 2017 Toulon Tournament medal, a share of the Golden Boot and a spot in the Team of the Tournamet, as Hirst played every game and scored four goals – including a hattrick against Cuba – as England ran out tournament winners.

By the second-half of the 2017-18 season, with Hirst out of the picture at Hillsborough amidst interest from Manchester United & his unwillingness to discuss a new contract in Yorkshire, the forward departed the then-Championship side on free transfer, linking up with Nigel Pearson at Oud-Heverlee Leuven, the second tier of Belgian football for the 2018-19 season. Hirst’s exposure to European football saw him struggle to adapt to life in Belgium, notching only three goals and five assists in 23 games, in all competitions.

Following Nigel Pearson’s dismissal in February 2019, Hirst looked to try and engineer a move back to his homeland, which saw Leicester City snatch up the then-20-year-old forward on a three-year-deal, from their sister club in Belgium – who are also owned by King Power – for a tribunal-decided fee. The forward’s first season with the Foxes saw him become a mainstay in their Under-23s side as he finished his first season with 12 goals and three assists in 22 Premier League 2 and EFL Trophy games. His fine form saw him included in the matchday squad for Brendan Rodgers side’s final three Premier League fixtures as they pushed for Champions League qualification, but despite Hirst’s respective seven and two minutes stints on the pitch in their final two games, the Foxes were forced to settle for Europa League football in 5th.

2020-21 saw Hirst loaned out to the Championship where he linked up with Paul Warne’s newly-promoted Rotherham United. Sadly for Hirst, he was unable to find the net for the Millers in 32 appearances in all competitions, none of which included a full 90 minutes of action. His only goal of the supporterless season came for Leicester’s Under-23s in their 2-1 EFL Trophy win over Hull City. Last season – 2021-22 – saw Hirst burst into his own, as he linked up with Hayden Carter, on-loan at League One side, Portsmouth. Danny Cowley’s outfit clearly suited the 6’3” attacker as he went onto net 15 goals and claim three assists for Pompey in all competitions, including three braces in the league. Whilst Hirst was able to rack up an impressive only season in the third-tier as he notched double figures for goals for the first-time in his career, he was unable to help Portsmouth break into the playoffs as they finished the season in an underwhelming 9th place.

So far in 2022-23, Hirst has found the back of the net twice for the Foxes’ under-23s side, which came in their 3-1 Premier League 2 victory over West Ham United.

Alongside his successes for England’s under-20s in the 2017 Toulon Tournament, Hirst has managed the impressive statistic of scoring at every age category for the Three Lions that he’s played for. He first pulled on the famous white shirt in February 2016 – aged 16 for the under-17s – netting his first and second England goals in a 2-2 draw against Germany. Hirst would go onto end his under-17s spell with three goals from seven games prior to his promotion to the under-18s in September 2016.

The tall forward, who is an excellent target-forward prospect will arrive at Ewood Park hoping to not only improve his goal-tally and notch his first Championship goals of his career, but will also try to force his way, either into the Leicester City side upon his return, or will aim to try and impress Rovers enough to trigger the permanent clause in the loan deal, in order to establish himself in English senior football.