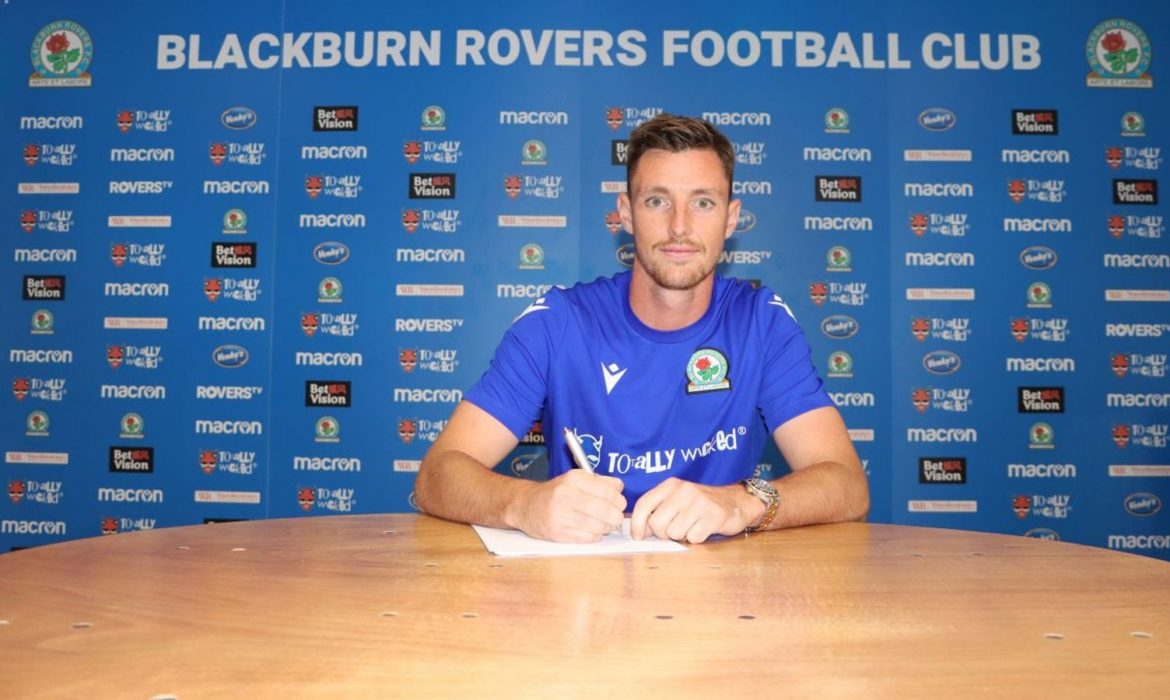 Rovers have further improved and added depth to their defensive ranks by securing the services of Coventry City’s Dominic Hyam, who joins the East Lancashire side on a three-year deal, for a reported initial fee of £1.5m, which could rise to £2.5m.

The Scottish centre-back departs Coventry City on a permanent transfer, much to the disappointment of the Sky Blues faithful, with Hyam now ready to report ahead of a new shade of Blue for the next couple of seasons.

Hyam – then aged 17 – started his senior career in 2013, after penning professional terms with Reading in November 2013, signing an initial three-year first contract with the Berkshire club, who had recently been relegated from the Premier League the season before. Prior to agreeing permanent terms with the Royals, Hyam had spent the past five years in their youth ranks, originally joining them in 2008 at the rather late age of 12, before progressing up the rungs of the Reading ladder.

Having spent the first two years of his professional deal learning his craft in the under-21s, Hyam was offered the opportunity to play senior football for Hemel Hempstead Town in the National League South, in February 2015, which saw him end the season with 14 appearances. The Scot would have two more loans in 2015-16, with another National League South in Basingstoke Town and League Two side, Dagenham and Redbridge – the latter of which were relegated into non-league come the end of Hyam’s loan.

By May 2016, his return to Reading was met with a contract extension by his parent club, who offered the defender an extra year onto his deal. With a year left to try and further catch the eye in Berkshire, an unproductive zero game 2016-17 loan-spell at Portsmouth in League Two, was followed up by a three-game loan period at fifth-tier Aldershot Town, which failed to convince the hierarchy at Reading to retain Hyam’s services.

Despite that setback, then 21-year old Hyam’s determination saw him back in the game and signed to an outfit within 12 days of Reading’s announcement, as Coventry City gambled on the defender.

With Mark Robins at the helm and Hyam through the door, Coventry City used 2017-18 to bounce back following a disastrous 2016-17, which saw them relegated to League Two. Hyam’s experience of the division came when it was needed, as he played 14 league games and three in the playoffs, as Coventry made an instant return to League One via the playoffs.

2018-19 saw Coventry settle back in League One, just missing out on the playoffs by eight points as Hyam played 41 games and netted one goal in the third-tier enroute to being named Coventry’s Player of the Year, however it was 2019-20 where the defender would further emphasise his worth as Mark Robins masterminded the Sky Blues’ first return to the Championship in eight years. Hyam proved to be a vital cog in Robins’ well-oiled Coventry machine, as they stormed to the League One title in their second year back in the division, being crowned Champions with only three defeats. Although 2019-20 was cut short for the third-tier and below following the start of the COVID-19 pandemic, Coventry more than proved their worth as champions as their off-field issues and the fact they were playing at Birmingham City’s St. Andrew’s didn’t faze them at all. Hyam ended the season playing in 29 of the 36 league games, picking up 11 clean-sheets in the division. His reliance for Robins was huge, which was shown by the fact he penned a new two-year deal in December 2019.

Hyam’s first taste of Championship football, following promotion, in 2020-21 proved fruitful, as he aided the Sky Blues towards survival, despite the season panning out without an audience, despite their biggest defeat of the year coming at the hands of Tony Mowbray’s Blackburn Rovers, who ran out 4-0 winners at St. Andrew’s. After powering through 43 league games, as Coventry comfortably finished 16th, 2021-22 saw Hyam and Coventry again improve on their consolidation season, as alongside returning to the Ricoh Arena, Hyam aided his side to a 12th placed finish and 10 clean-sheets for the campaign from the 43 league games he played in which he scored twice, including a winner against Barnsley.

In November 2021, Hyam did sign a fresh set of terms at the Ricoh Arena, which had looked set to keep him in Coventry until 2024, yet Rovers were able to pry him away with a suitable offer. Additionally, prior to his departure from the Ricoh Arena, Hyam had started two games for Coventry this season – a 1-1 draw away against Sunderland and a 3-2 away defeat to Millwall.

The Scot – capped eight times by Scotland’s various youth sides – has been a standout figure for Coventry during their previous two campaigns in the second tier and Hyam will no doubt slot into this Rovers team well, following an initial bedding in period.

Hyam finished 2021-22 with a tackle success rate of 71%, only being dribbled past 26 times all campaign. The Scot was also joint seventh for interceptions among centre-backs who had played 30 or more Championship games, last campaign. Furthermore, although Mark Robins liked his Coventry side to play modern, passing football – finishing with an average possession of 53% according to FootyStats – Hyam’s use of the ball was top as he was only directly dispossessed by opponents, three times, which ranked him third in the division among centre-backs who had played 30 or more games for ball retention.

The 26-year-old has also been praised for his ability to pass the ball, which goes hand-in-hand with his retention skills. To compare against Rovers’ central defenders from last season, Hyam’s 79.2% pass success rate placed him higher than Darragh Lenihan’s 65.8%; Player of the Year, Jan Paul van Hecke’s 77.5% and Scott Wharton’s 74.4% – according to WhoScored.com.

Welcome Dominic! We hope you will enjoy your time at Ewood Park and help us towards success!