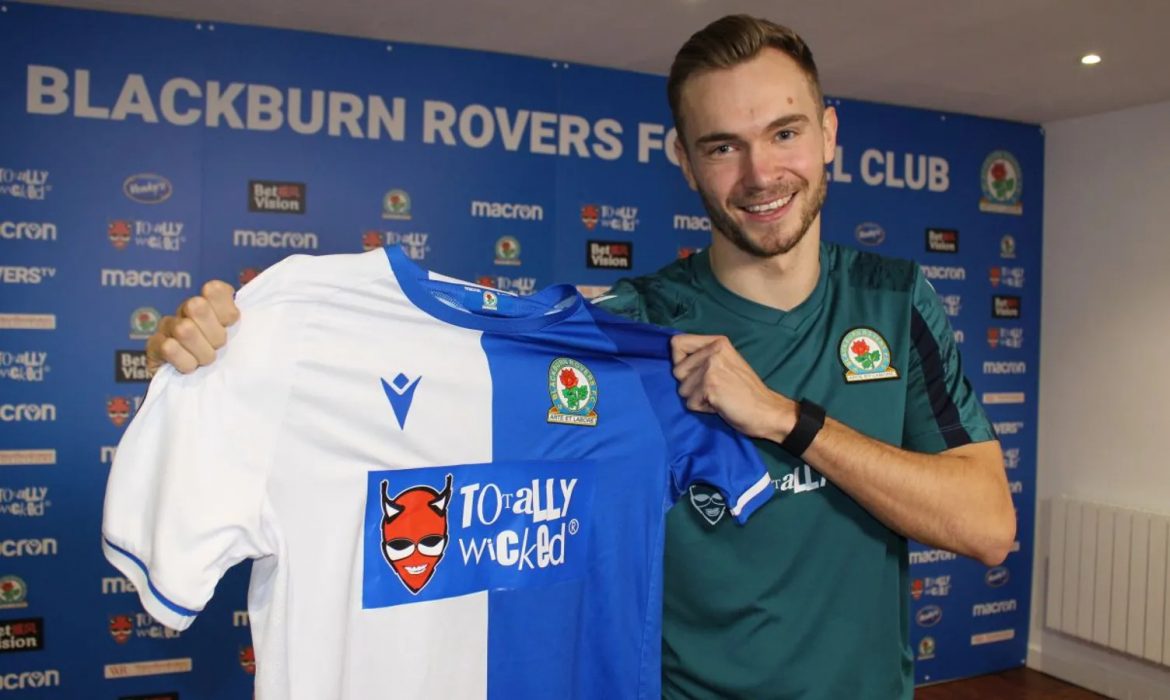 With the January transfer window set to end in a few days, Rovers have added to their ranks by securing the signature of Aberdeen winger, Ryan Hedges, who moves to Ewood Park on a three-and-a-half-year deal – with the club holding an optional extension of 12 months – for a reported fee of around £200,000, after previously agreeing a move to Lancashire on a pre-contract.

The payment has allowed Rovers to add the Welshman to their squad, for this campaign, rather than waiting until the summer of 2021 and comes at an important juncture in the Blues’ season, given their high-flying form and attractive league position.

After being released from Everton as a teenager, Hedges caught the eyes of then-Premier League side, Swansea City, as he linked up with the Swans’ under-21s team after impressive appearances for Flint Town United, in the second tier of Welsh football, as he helped the Flintshire side finish 6th in their respective league. His eye-catching displays for Flint Town United, as well as for the youth rankings of the Welsh National Team – where he scored twice and assisted as captain of the under-18s Welsh Schools side, in a 4-1 win over England – saw Michael Laudrup’s side take their chance on Hedges and develop him in their under-23s squad.

Despite still being a teenager at the time of his move to the Swans, Hedges spent a majority of his first two seasons in south-west Wales plying his trade in their youth set-up, before getting a taste of senior football, with Leyton Orient, during the 2014-15 season, after multiple extensions to his youth deal in Wales. Additionally, his time in the youth ranks at Swansea City also saw him display his talents for Wales’ under-19s squad, where he was able to net his first goal playing for the Dragons.

In January 2015, Hedges moved to the O’s in League One on an initial one-month loan deal, before the stay was extended until the end of that season, following impressive displays. Although he coupled his exploits in the third tier with his international commitments, a turbulent changeover of managers prior to his arrival meant that Hedges couldn’t prevent their drop into League Two, as Orient finished 23rd in the third tier, despite Hedges’ return of two goals and three assists from 17 games, at 19-years of age, despite only completing 90 minutes twice.

After returning to Swansea City in the summer of 2015, Hedges’ impressive displays out on loan saw him rewarded with a new three-year contract, as well as a prolonged stint in the under-23s which came either side of a brief loan spell at League Two’s Stevenage, where he was only able to amass six appearances.

Hedges finished the 2015-16 season competing in the Premier League 2 playoffs with Swansea’s under-23s, but by mid-July, saw himself back in League Two, this time for a six-month loan with Yeovil Town, for the 2016-17 campaign. Despite being a key figure for the Glovers, playing in 21 of their 28 league games up until the end of January 2017, where he contributed four goals and one assist, as well as a goal in the FA Cup First Round against Solihull Moors, Swansea recalled the then-21-year-old during the final hours of the 2017 January transfer window, after they had accepted a bid from newly-promoted Barnsley, of the Championship. In true deadline day fashion, Hedges swiftly found himself in pastures new, and signed a two-and-a-half-year deal at Oakwell, which was labelled by both sides as ‘an undisclosed fee’.

Hedges’ became a bit-part player for Paul Heckingbottom’s side during the second-half of the 2016-17 season, as Barnsley pushed to survive relegation at the first-attempt, with the Northampton-born winger playing just eight times for the Reds, without completing a full 90 minutes. After the Tykes managed to survive in the Championship, with a squad that included the likes of former Rover, Adam Armstrong, current Rangers winger, Ryan Kent, both on-loan, as well as current West Bromwich Albion midfielder, Alex Mowatt, Hedges’ 2017-18 was more prosperous personally, but less so for his side, as despite the winger racking up 23 appearances, including two goals and one assist, Barnsley were sent packing down to League One, once again, under the stewardship of José Morais, a former assistant of José Mourinho.

Despite finding himself back in the third tier by 2018-19, Hedges, now aged 23, once again was unable to cement himself as a regular member of the team at Oakwell, under another new manager, in Daniel Stendel. Although the German guided the Tykes back to the second-tier after finishing 2nd in League One, Hedges only managed to complete 90 minutes of league action, three times, despite playing in 21 games and notching one assist in the third tier.

With his time on the pitch limited at Oakwell, Hedges refused to extend his stay in Yorkshire, despite Barnsley’s promotion and offer of a new contract and instead, opted to move north of the border, to Aberdeen on a three-year-deal, in the summer of 2019.

With the lure of UEFA Europa League football being an attractive one, Hedges took to Scottish football like a duck to water, under the wings of former Rangers and Toulouse midfielder, Derek McInnes. Despite the early curtailment of the Scottish Premiership season, due to the outbreak of the COVID-19 pandemic, mid-season, Hedges managed to cement himself as a key cog within Aberdeen’s well-oiled machine, playing in 32 out of a possible 43 games, in all competitions, that season. His impressive versatility, in playing off either wing, or behind a striker, saw him aid Aberdeen in their quest for relative success, both domestically and on the continent, as his four goals and six assists from 22 Scottish Premiership games saw Aberdeen finish the season in 4th place, which put them on the road to qualify for 2020-21’s Europa League. In total, Hedges would end the stoppage riddled campaign with four goals and eight assists in all competitions, with two extra assists coming from the Scottish League Cup and the Europa League qualifiers.

2020-21 also gave Hedges time to develop his craft, despite the turmoil of a change in manager, during the second-half of the campaign, and the absence of supporters in the stands, due to the pandemic. Hedges started the season in fine form, as he came off the bench to net the winner for Aberdeen in their 1-0 away victory against St. Johnstone, before following that up with an assist in a 2-1 home win over Livingston. Just four days after the triumph against Livingston, Hedges would prove his continental credibility by netting his first senior hattrick in a Europa League First Round qualifier, as the Dons beat NSÍ Runavík, 6-0, capping off a fine August. Hedges would go on to play regularly until a muscle injury suffered at the start of February, ruled him out until May. This injury also coincided with the departure of Derek McInnes, who was relieved of his duties and replaced by Stephen Glass in early-March, due to Aberdeen’s drop in form, which saw them fail to score in nine out of 10 games, between the end of January and the start of April – with the only triumph being in a 1-0 home win over Kilmarnock – as Hedges’ injury came midway through that poor spell. After returning on May Day 2021, he capped his restoration to the side by notching the winner in a 2-1 away win over Livingstone, during the Premiership’s ‘Champions Round’, as the Dandies again, finished their season in 4th place, with Hedges playing 34 games in all competitions, notching nine goals and assisting three.

Thus far, in 2021-22, the now-26-year-old has shown his quality, despite being hampered with a hamstring injury towards the start of the domestic campaign. During the summer months, Hedges netted twice and assisted during the Dons’ UEFA Europa Conference League campaign, before being ruled out of their final tie with said injury. Despite missing Aberdeen’s opening game of the season, the forward would again be the bane of Livingston during the second week of the campaign as he’d assist a late winner for Jack MacKenzie, as Glass’ side won 2-1. The aforementioned injury would continue to bug the attacker, prior to his comeback, in late September, which came during a 3-2 away loss against St. Mirren. Despite sitting out a 2-1 home defeat to Celtic in Aberdeen’s next game, Hedges returned and never looked back in mid-October, as he would go on to net twice and assist three, as he played every league and cup game, which included a goal and assist in a 3-0 win against Edinburgh City, in the Scottish FA Cup Fourth Round – despite Aberdeen’s postponed clash with St. Johnstone on the 29th January – prior to deadline day.

Despite speculation mounting over a summer move to Ewood Park, after Hedges had rejected an extension at Pittodrie, Hedges showed his commitment and ploughed on and continued to perform for Aberdeen, and as a result, all parties have been rewarded, with the player getting his move, Rovers getting their man, and Aberdeen receiving a worthy fee.

For those of you interested in stats, Hedges has made the joint-sixth highest number of ‘key passes’, with 31, as a midfielder/winger with at league 15 league games, in the Scottish Premiership. In comparison to his previous season, that shows one more ‘key pass’ in three less appearances, than he managed in 2020-21. Additionally, Hedges is joint second in assists by midfielders/wingers this season, with four, which is already one more than his total tally, last term. Hedges was also only dispossessed 20 times this season from a total number of 45 attempted dribbles, from the 16 games he has played this campaign. These statistics – which are provided by WhoScored.com – show that, whilst he is by no means the finished article, he has a positive head and is always looking to get the ball forward, whether that be through a pass or a dribble. His positivity is reflected in his shooting statistics, according to fbref*, as out of all players in the Scottish Premiership – including goalkeepers! – Hedges ranks 18th for ‘Shots on Target’, excluding penalties, at 13. This is backed up by the fact that he averages the 11th highest ‘Assists per 90 mins’, with 0.26 per game, on average. The return on these two stats, in particular can be compared with the previous campaign of 2020-21, as he equalled his 13 ‘Shots on Target’ throughout the whole of 2020-21 and was placed 29th in the league. His creative output has increased from last season, however, with his 2020-21 ‘Assists per 90 mins’, previously being half his current rate, at 0.13.

After noting his domestic campaign, it is important to note that Hedges alongside the aforementioned international games that he has played with Wales’ under-18s school side and the under-19s team, the 26-year-old has also featured 10 times for the under-21s and three times for the senior team, all of which came in friendlies, despite being part of squads during Wales’s qualifiers for major tournaments.

After signing a three-and-a-half-year deal to come to East Lancashire, the Rovers faithful will be very excited to see the highly-rated 26-year-old in action, rather than having to wait until next campaign, as the 2021-22 season reaches the business end! 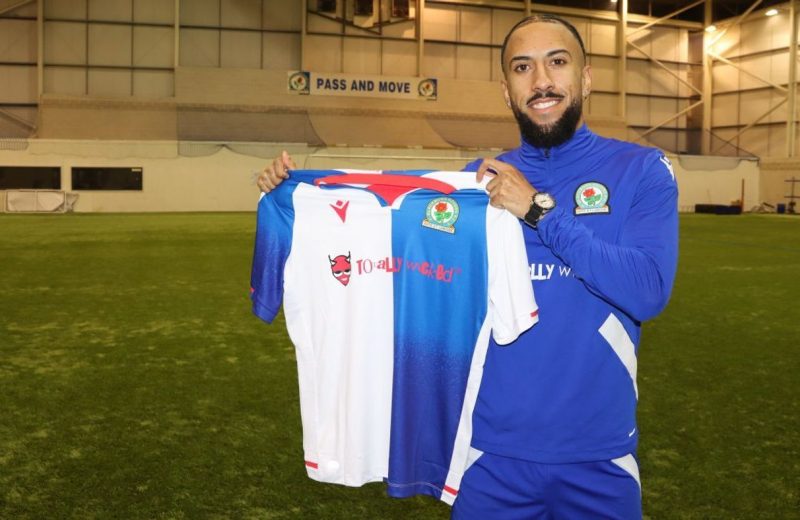 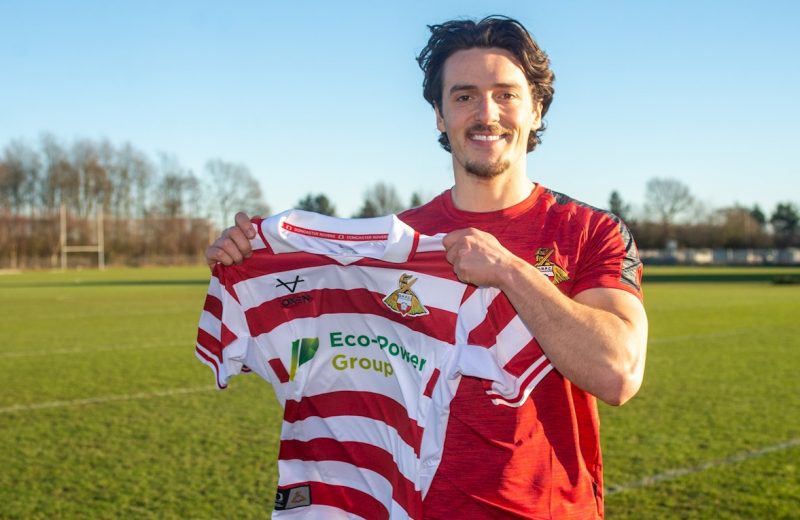