Sign in
Home First Team News “We were poor.” 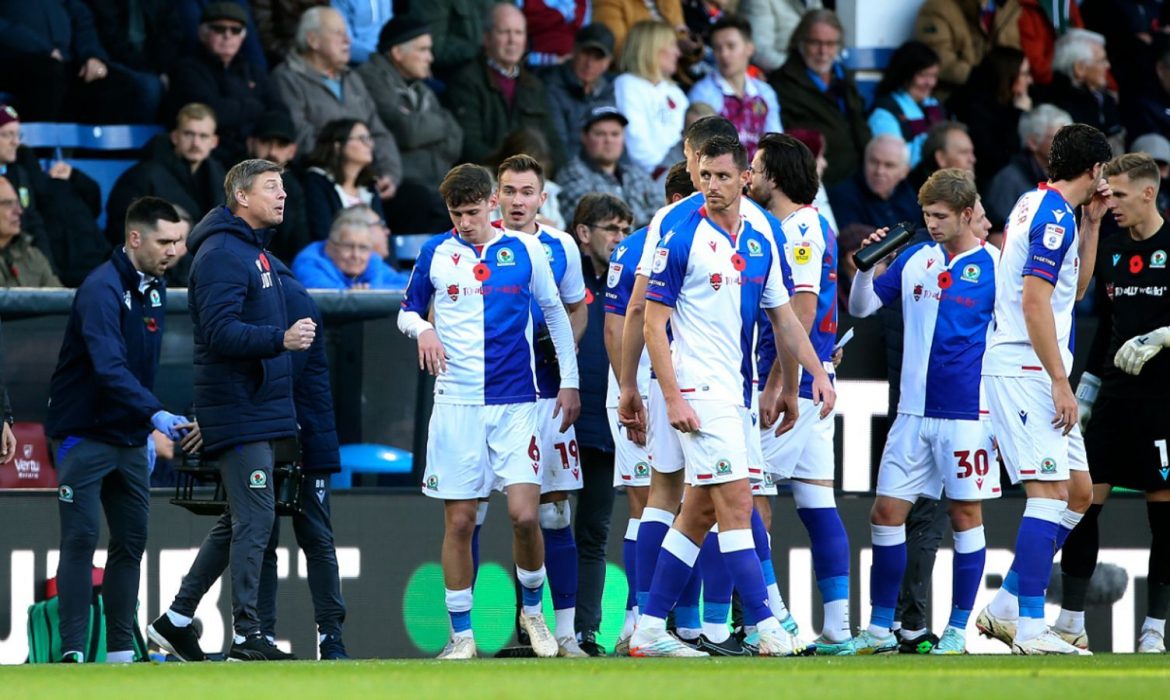 Rovers suffered a derby day defeat as Burnley ran out comfortable 3-0 winners in Remembrance Sunday’s top of the table clash. Jon Dahl Tomasson, who was given his first taste of the rivalry, was on the end of a disappointing defeat and offered his thoughts on his side’s poor performance to RoversTV.

“The feeling in the dressing room is not ‘top’, which is normal because it’s been a disappointing afternoon. We’re disappointed with our performance, and it doesn’t reflect the way we’ve been playing recently. Of course, we played against a good opponent today, but we’ve been extremely brave on the ball and played with courage over the past few weeks, but today was one of those days where we didn’t get that. We were poor. We were quite solid in the first-half, defensively, but our decision-making and movement, both on and off the ball, was not good. The lads and I are all disappointed, as the fans are, because it was a big derby. We’ve done well so far this season, but it was a tough afternoon.

“We were very poor with our decision-making on the ball. When we should have kept the ball central, we played it wide and they pressed and squeezed us to one side, which made it difficult to make the right choices. That’s the main issue, as we didn’t keep the ball well as a team.

“After the build-up, things have gone flat with a defeat. It’s been a very disappointing afternoon. I feel sorry for our fans because we didn’t give them a performance like we have done for a very long period. This result also shows that we’re very inconsistent and that we’ll continue like that for a while.

“I say it (about inconsistency) when we win games and when we lose games. We need to be very realistic and open about things. Of course, we can dream big and be ambitious, but we’re very patient and we’re a team in transition. 12 players left the club, last season and we’ve replaced six of them alongside some youngsters.

“We should be pleased with the season overall. The lads have done excellently. If you look at the clubs and the budgets that we are up against, then you can see how well the lads have done. We will keep working hard and improve over time. We are ambitious and want to dream, but we have to do it in the right way, which will take time.

“The break will give us a chance to have a rest, but also to improve on things. We have some players who are very fatigued, because they are not used to playing so many games in such a short space of time, at that intensity, because they’ve been used to playing in the under-21s. Now they’re playing first-team football every three days. On the other hand, it gives us a chance to improve on the training pitch during the break and we’ll work very hard and precisely to work towards how we want to do things and we’ll be ready after the World Cup.

“Sam (Gallagher) has a big wound on his knee. Hopefully, it won’t be very serious. He wanted to carry on and tried, but he couldn’t flex his knee.

“We should be extremely disappointed, today and we probably will be over the next couple of days, but then we need to move forwards. We need to also reflect on what we’ve done so far, but I’m sure that we’ll be ready for the first game after the break against Preston North End.

“The supporters are extremely important, and their following will be vital in the second-half of the season. We need to create that togetherness, which why we’re very disappointed today. We should also be disappointed because they deserve better than what we gave them, today.”