Sign in
Home First Team News “It’s great to get back to winning ways.” 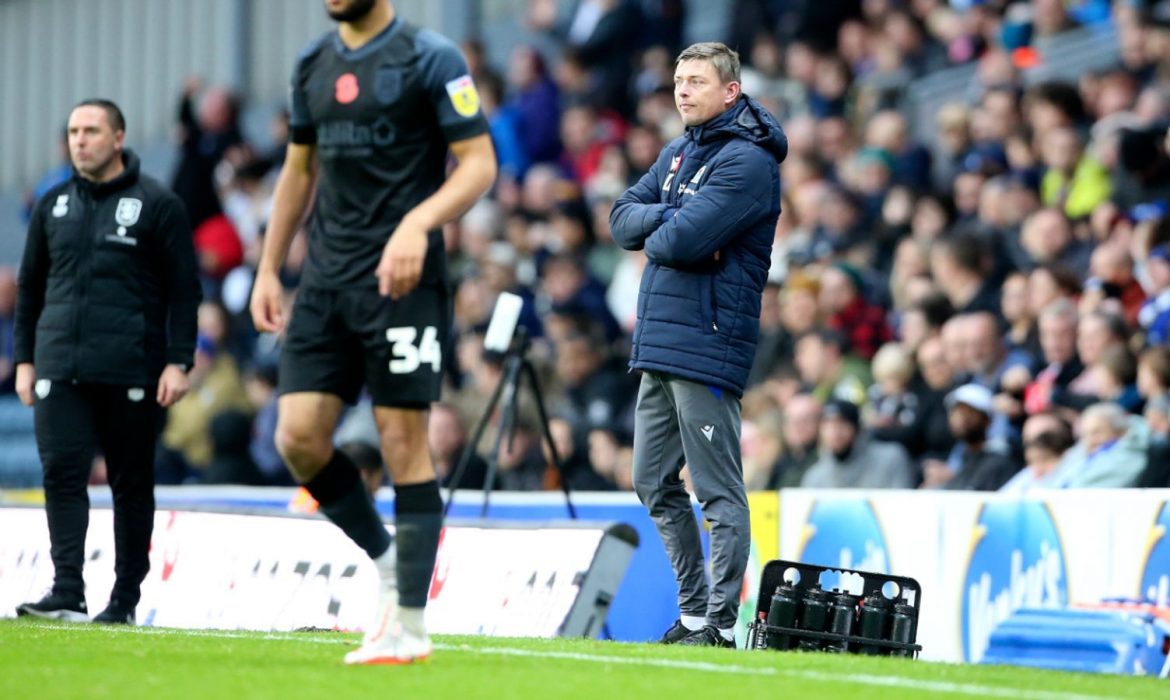 After Rovers celebrated their 147th birthday with a 1-0 home victory over bottom of the table, Huddersfield Town, Jon Dahl Tomasson beamed with delight, despite being soaked through, after watching his side notch their twelfth victory of the campaign.

“It’s great to get back to winning ways after losing away at Coventry City in midweek. It was a well-deserved victory, today. The first-half, we played against an opponent who were very defensive and we had to be patient and it could have been a bit boring to watch, but we remained patient. We should have probably played a bit better in the first-half, and play forwards more and quicker with a lot more run in-behind. We discussed the solution to those problems at the break, even though we led at the break.

“We came out in the second-half with good energy, we created chances and had a goal disallowed. I think we should have killed the game in the second-half, but the victory was deserved. When you’re only leading 1-0, it can be tough, but we have to give great credit to the lads and the fans who stuck behind the team to help us earn another clean-sheet. The lads and the fans showed great spirit in defending today and I’m enjoying how they’re combining and fighting for each other, which is incredible.

“We were more comfortable today than the scoreline suggested, even though I think we should have scored more. We should have won it 3-0, in my opinion, but when you don’t take those chances or play the right final pass, then there’s always the risk that you’ll draw or lose, because 1-0 is a scoreline where things can go wrong, but the boys showed the passion and spirit that I love to see.

“Ben’s (Brereton Díaz) goal was great. It was a brilliant pass from Harry (Pickering) and a good run from Ben. He’s incredible in those situations and got his ninth goal. I think he could have had a hattrick today. It’s great to see him as a match winner again. Everybody gives everything for the team, not just Ben. Those who come off the bench, also want to help the team, because it’s a collective effort, it’s about Rovers, not one individual. Yes, players get tired, but then they get an easy day off the next day, that’s football, everyone has to run a bit(!)

“We’ve been good at keeping clean-sheets, but I would be happier if we were able to play a bit more towards the end of the game. Of course, when it’s a new side, a young side, it’s possible to be stressed, but coping with the pressure and keeping clean-sheets shows mentality. You need mentality to be successful as individuals and as a group. If we kill the games off, we’ll have easier days, but I’m happy with the three points and the clean-sheet regardless.

“We need to be more clinical in future, but we mustn’t forget that we started today with Ryan (Hedges) and Sam (Gallagher) who hardly trained before playing. Their engines were getting tired and although they’re both very good, you could see that they were both getting tired, so we had to take them off, but we’re happy with the overall performance.

“I’ve talked about how I’ve been at World Cups as a player and as an assistant and players like Ryan are perfect for World Cups, given his flexibility. His personality is also great for the World Cup and I hope that, for him, he gets picked to play. It’s an amazing experience where all the best players in the world play together and it’s an experience you will never forget for the rest of your life. Hopefully, he will be selected and I’m sure, that if he is, he’ll be ready to help Rovers in December.

“Having national team players represent Rovers, whether in the under-18s or at senior level, is great because it shows that the players are improving if they are with their national teams.

“I know the derby game is huge and I know the passion that the supporters have about it. I’ve played in huge derby games as a player, with Feyenoord against Ajax, AC Milan against Inter Milan, Denmark against Sweden, they’re all tough, but huge games. I must say, I’m a little bit boring, as I’m thinking about the performance that the players need to show tomorrow against Brighton and Hove Albion, for the under-21s, because players will be getting minutes there, before we face West Ham United in the cup, during the week.

“It’ll be a nice week filled with football, but I know the game next Sunday will be the most important for our fans. They’re two brilliant games to look forward to. After an intense period, we’re looking forward to those games.”