Sign in
Home First Team News “You can see that those players, out there on that pitch, are giving all they have for the club.”

“You can see that those players, out there on that pitch, are giving all they have for the club.” 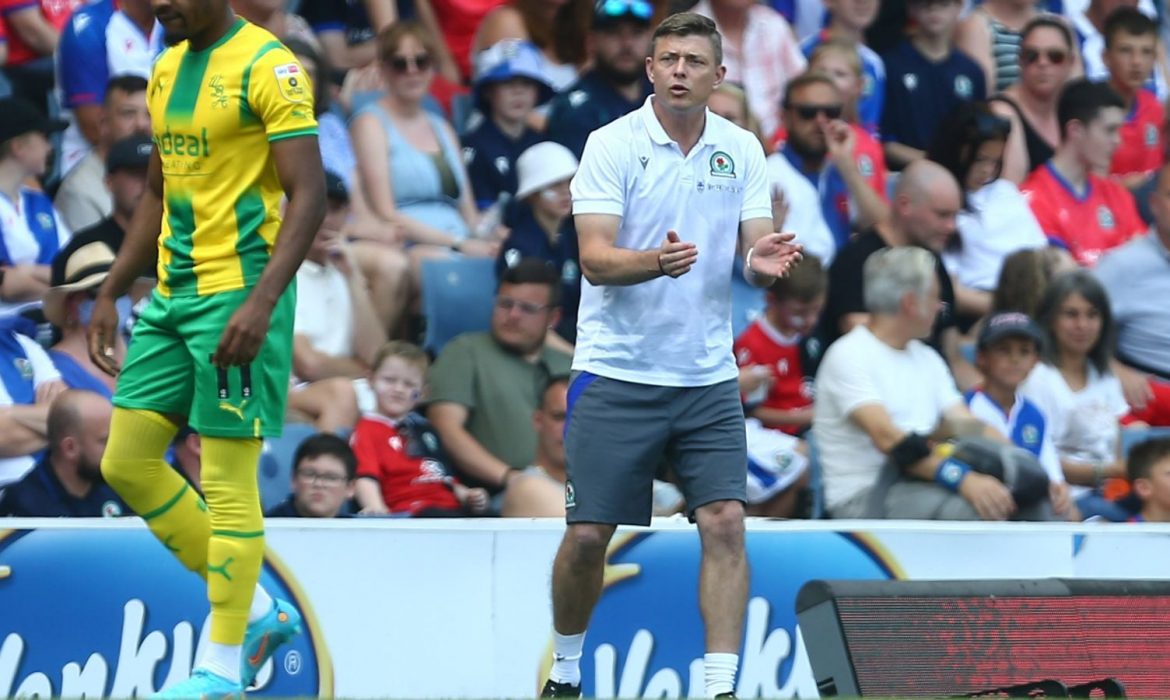 After Rovers continued their perfect start to the season, following a 2-1 victory over playoff-clinching favourites, West Bromwich Albion, Jon Dahl Tomasson voiced his pleasure at his side’s application, determination and resilience, on what proved to be a scorching day in East Lancashire.

“I’m extremely proud of that performance. We knew that West Brom are an excellent side, one of the best in the league and we knew that they would ask questions of us today. The boys dealt with what they asked of us, tremendously. You saw a high level of team spirit and togetherness with the fans out there. It was a great win given the difficult situation and all the factors that surrounded this game. We had players getting injured after Wednesday, meaning we had to bring in the young boy, Ashley (Phillips) who did an incredible job. Ashley also got helped today, by (Daniel) Ayala throughout the whole game and the rest of the team also eased the pressure off him. Ashley must be proud of his achievements today, to be 17 and making his debut in the Championship is fantastic and his family should also be proud. We’re very happy to see a quality player, at his age, perform to the standard that he did today, against a side who will probably be up there, come the end of the season.

“We got three points today, scored two great ‘PlayStation’ goals and played some great football. We built-up moves with one and two-touch play, which I think we should have done more, but we’re delighted with the two finishes that won us the game. We conceded a deflected effort, but that can happen in football. I would have rather had a fourth successive clean sheet, of course, but we can’t do anything about that. I’m proud of the guys, I’m enjoying the win and now we have to turn our focus to next game on Wednesday.

“You can see that those players, out there on that pitch, are giving all they have for the club. They’re fighting and digging in, not only for each other, but for the supporters as well. We can’t forget that West Brom have a good side with quality players, some of which have played in the Premier League very recently. In that way, it was a great performance. Every day, we learn about each other and get used to each other as a coaching staff and as players. We take our time in these scenarios, because myself, the players and our coaching staff all want the same thing, which is success. It’s a process that will take a lot of time. As I’ve mentioned, we’re a project that is ‘under construction’. We’ve just started and we’re ambitiously building, but we need to remain patience.

“The two finishes by Sam (Gallagher) and Ben (Brereton Díaz) were brilliant! Not only the finishes, but the build-up play before was perfect. I was enjoying our play that led to both goals, but I can’t shoot with the power and the accuracy that they did, anymore(!) You could see Ayala’s leadership qualities today, but it wasn’t only him. The likes of Lewis Travis and Thomas Kaminski were central to our team. You need players, when things get a bit tough, who know the game and the way Daniel was helping the team was very good. Trav fighting for each metre on the pitch was great, as well. But if you look at the general performance of the team, I think we can be proud of them all, because they’ve done a tremendous job for Rovers. It’s been great to see the players give everything for the team, but it’s, of course, very difficult when you have to make the changes that we made and play players out of their natural positions. They still did it, with the right mindset, which you need, but of course, it’s not a perfect scenario.

“The atmosphere created by our supporters, during the game, was great. It was even better at the end when we were all celebrating together, because we’re not only happy for ourselves as a club, we’re happy for the supporters and to see the noise and enjoyment both, during the game and after the final whistle, is tremendous and I love that togetherness.

“The heat didn’t help the conditions, today, so much so I’ve spent all day wearing shorts(!) We played the game under extremely hot weather conditions and that forced Callum (Brittain) off. He wasn’t the only player to have an issue with the weather, today. Ashley had a bit of cramp midway through the second-half. He played in midweek against Hartlepool United, at a higher fitness level and then after making his first start in the Championship today, and playing a great game, he was bound to get cramp. As a result, I took him off, not only to protect him, but to protect the team. You can’t play with cramp as a central defender, because it could lead to you conceding a goal. The cramp aside, we still needed to look after the young boy, because we want to develop him and if you’re stuck on the sidelines injured, you can’t improve as a footballer, so we were happy to take him off to protect him.”