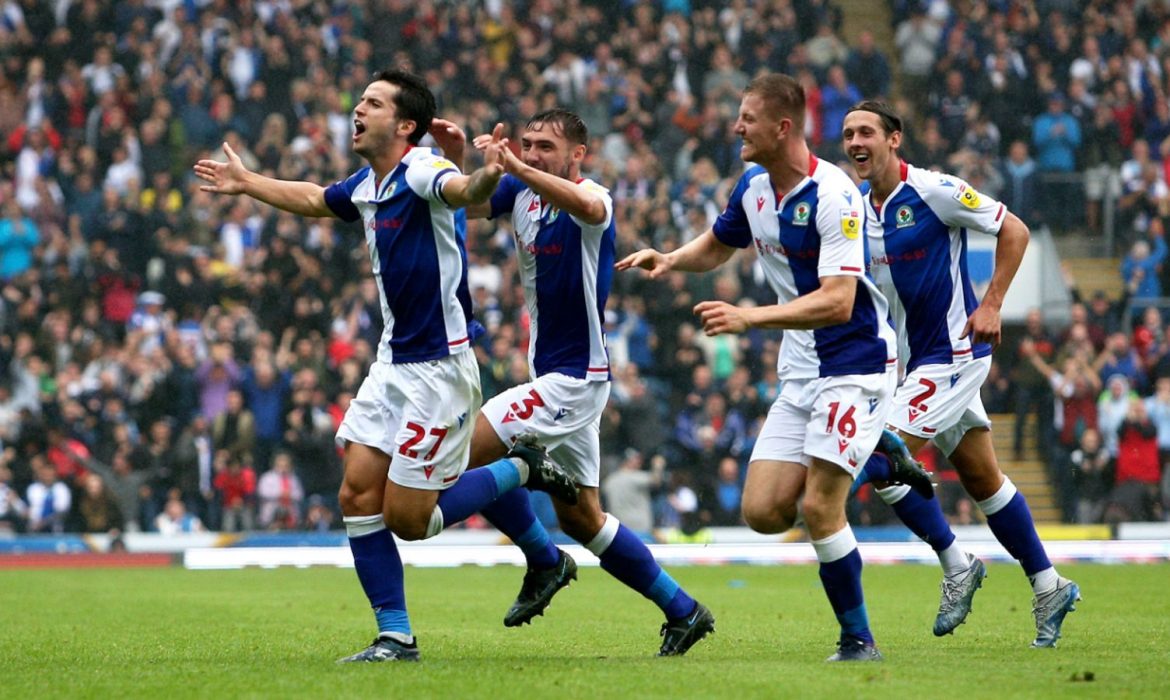 Jon Dahl Tomasson kicked off his rein as Blackburn Rovers Head Coach in the perfect way, as he guided his side to an opening day 1-0 win over Queens Park Rangers, courtesy of captain Lewis Travis’ first goal of the campaign.

The new boss named a strong side for his first game at Ewood Park, which included his first summer signing, Callum Brittain. Thomas Kaminski set between the sticks, with a back four ahead of him that consisted of the debutant Brittain, Daniel Ayala, Scott Wharton and Harry Pickering. The midfield saw skipper Lewis Travis patrol the centre of the park alongside John Buckley who was making his 100th Rovers appearance. The forward line that Tomasson picked was balanced with experience and youth as Sam Gallagher, Ryan Hedges, Ben Brereton Díaz all lined up behind Welsh forward Jack Vale, who was making his first senior start for the club. The Rovers bench was equally balanced as Aynsley Pears, Sam Barnes, Tayo Edun, Adam Wharton, Bradley Dack, Dilan Markanday and Tyrhys Dolan all waited in the wings to be called upon.

As a new era got underway at Ewood Park, there was a rapturous reception for the players and the new manager as they were announced onto the turf prior to kick-off. With the QPR fans in high spirits ahead of their opening game under their new manager, Michael Beale, it was their team who got proceedings underway in East Lancashire.

The game started rather slowly, with one booking for either side inside the opening 12 minutes, as John Buckley and Lyndon Dykes were booked for separate infringements within minutes of each other.

With 18 minutes gone, QPR came closest to testing either goalkeeper in the hot Ewood sun, as Osman Kakay wound up a shot from deep that seemingly rattled the crossbar and went behind for a goal-kick, despite replays suggesting the Sierra Leonean had forced a save from Rovers’ Belgian goalie, Thomas Kaminski.

With half an hour gone, Callum Brittain looked to try and make it two assists in two games for his Rovers career as he whipped a ball in for Ben Brereton Díaz, but the Chilean’s effort deflected wide for a corner.

From the corner, the Ewood Park roof blew off as Rovers managed to edge themselves ahead courtesy of a fantastic strike by their skipper. From the Rovers corner that earnt in the 34th minute, QPR’s clearance went only as far as Ryan Hedges who did brilliantly to keep the ball alive by nodding the ball into the path of Lewis Travis. The Rovers skipper wasted no time, as he brought the ball down expertly, took a touch to control the ball and tee up his shot, before releasing a dipping effort from around 30-yards out which beat Seny Dieng in the QPR goal, as Rovers took a 1-0 lead.

Four minutes after the goal, Rovers again burst forward as Brittain and Brereton Díaz again combined, but the out-of-contract attacker’s effort was again denied, this time by the palms of Dieng.

As half-time approached, referee Thomas Bramall added on two extra minutes onto the end of the half, but neither side were able to muster an opportunity to get their supporters going.

QPR boss Michael Beale would have been very frustrated with the manner in which his side had conceded the opening goal. The former Aston Villa and Rangers coach would have been quick to remind his players of their duties and commitment and that they were not out of the contest, even though they were behind.

As both sides returned for the second-half, it was Rovers who got the game back underway through Ryan Hedges, as the home side were looking to hold out for the three points and the much valued clean sheet.

In the 46th minute, Ilias Chair looked as if he was going to be the leading spark for the visitors in the second period, as he tried to guide an effort towards goal, but could only find the side-netting.

Three minutes later, Rovers were on the attack as Brereton Díaz and Hedges combined, before the former’s outside-of-the-box effort trickled wide of Dieng’s goal.

The 50th minute saw Brereton Díaz again on the prowl after he latched onto Harry Pickering’s chipped ball forward, but the Chilean was again denied by Dieng.

Both sides soon moved to freshen their teams up as Rovers brought on Tyrhys Dolan for Jack Vale in the 64th minute, whilst QPR made a double change, swapping George Thomas for Andre Dozzell and Albert Adomah for Oladime Shodipo.

In the 73rd minute, Ben Brereton Díaz was once again looking to open his account for the campaign after he got onto the end of John Buckley’s deep set-piece, however the attacker was again denied, as Rovers were awarded a corner which QPR cleared.

Ben Brereton Díaz’s pressure was increasing, as by the 87th minute, he once again broke free of the QPR defence and tried to sneak a goal in late on, but his effort veered wide of the mark.

As the 90th minute edged ever closer, Mr. Bramall added on three extra minutes onto the end of the game, as QPR tried to edge closer towards a late equaliser.

After continuously knocking on the QPR door, Brereton Díaz thought he’d finally opened up his account for the season at the umpteenth attempt after he strode into the path of Dolan’s low cross on the transition, however he was denied by the offside flag.

That proved to be the game’s final act as moments after play was restarted, Thomas Bramall brought the curtains down on the season opener at Ewood Park.

Whilst this only was the first game of the campaign and there is still a very long way to go in the season, the foundations that Rovers have laid in this opening game offers the potential for supporters to get carried away, if they so wish. Although Rovers were barely tested by QPR in this game, they showed a resiliency and important concentration in order to not let the half-chances get the better of them, in addition to displaying their fine performances on the transition and when in possession of the ball, despite the fact they only won the game by a solitary goal. Jon Dahl Tomasson would have been pleased with his side’s application, but would have been quick to point out the areas that they needed to improve upon, over the coming weeks, despite a positive opening day.

Of course, the table means nothing at this stage, but it’s nice to start the campaign with maximum points. Courtesy of the win, Rovers settled into 4th place in the division, with three points and a positive goal-difference of +1.

The games now come thick and fast for Rovers and Jon Dahl Tomasson, with Swansea City away up next Saturday, on the 6th August at 3pm. After that tie, Rovers turn their attentions to the Carabao Cup First Round, where they lock horns with Hartlepool United again, on Wednesday 10th August at 7:45pm. Following those two rounds, Rovers’ attentions are back on the league, as they play host to West Bromwich Albion on Sunday 14th August, with the 3pm kick-off moved from Saturday, due to the Commonwealth Games in the nation’s Second City.