Craig concentrating on his comeback 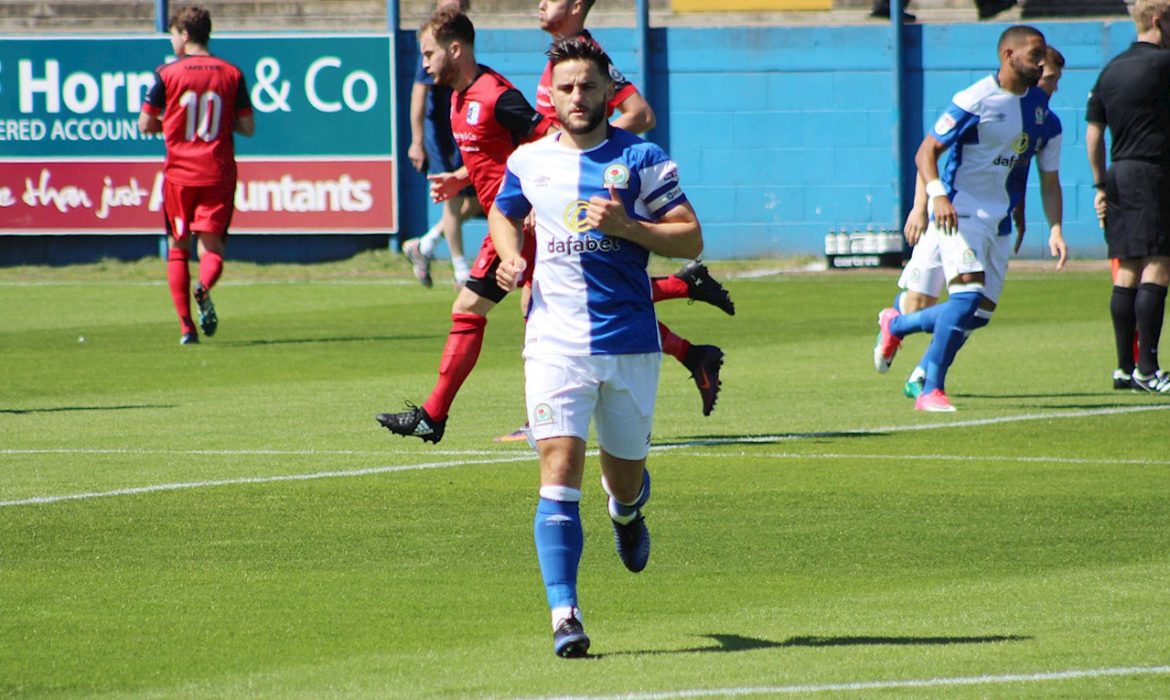 As Rovers hosted their attraction of an Open Day on Tuesday, Craig Conway took some time to chat to the club’s media team as he gave an update on his condition as he slowly made his return to fitness following a hamstring injury which he pick up during the early weeks of pre-season.

“It’s been hard with the injury as I missed a couple of weeks in pre-season as well as the first three games of the season. Not playing has been really frustrating but I’m feeling really good, I’ve been back training for around ten days and I’m looking forward to getting back out on the pitch playing regularly again.

“It’s very important that we get the ball rolling for the league because we want to go straight back up. We’ve not started well but we can’t dwell on that we have to push on in the game against Bradford on Saturday and hopefully we can start our season.”

Conway also reiterated that there was no need for Rovers fans to press the panic button just yet due to the season being in its infancy as the Scot stressed that there was a long way to go. “It’s not a two game season, its 46 and with the games coming thick and fast you haven’t got any time to dwell on a result. We are more than capable of winning games anywhere and that’s what we plan to do on the weekend.”

The winger, who joined the club in 2014, spoke in regards to the upcoming derby game against Burnley in the 2nd round of the Carabao Cup. “Watching the draw unfold, it was inevitable that we were going to face Burnley and I think it’s brilliant for everyone involved as it also gives the place a boost. We’ve played in the derbies before and it’s brilliant, especially at home, so hopefully it’ll be a brilliant atmosphere as I’m sure it will be. We’ll be looking forward to the game, however it’ll be in the back of our minds due to the league games we have before it.

“The derbies are brilliant occasions where everybody’s up for it on and off the field. It’ll be massive if we got a result, but as I say, we’ve got league games before that, that are equally as important.”